"Chikodi had always been my best from the first day I arrived on campus," Stella narrated as Kevin sat beside her in the church auditorium with eyes fixed on her.

"We argued and disagreed at times too especially when it comes to relationship with the opposite sex.
I was never interested in having any until I was done with my first degree at least and this particular decision of mine didn't go down well with her.

"In our final year, she convinced me to go to a party with her in the company of some male friends. I don't want to bore you with the details but along the line, I got pregnant a family friend of hers."

Stella tried really had but she couldn't hold back the tears as the memories came haunting her. For the first time since she started her story, Kevin spoke.

"It's alright. I'm here for you. I'm not going to rush you. Please take your time. If you don't wanna talk about it, I'll understand."

"Kevin I'm sorry for dragging you into this. My life is not as beautiful as you thought it was. My past is too shameful and I'm sure you're disappointed....." Stella couldn't finish the statement before Kevin cut her off.

"Baby don't you ever say that. I forbid you to! Everybody has a past. Do you think my life has been a bed of roses? The sooner we get over the past the sooner we get ahead into the future!" Kevin snapped at her. 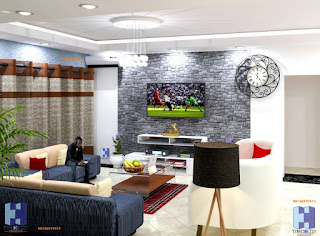 You too can be an interior designer and make fortunes. Text your number to 08089074331 to join our online training now.


"Okay. I'm ready. Since you want to know." Stella continued, "I couldn't keep the pregnancy for fear and shame. I knew my parents should not hear about it. What will they say? How would they feel? I was disappointed in myself for getting pregnant out of wedlock for a man who wasn't even ready to take responsibility. They may just disown me. I confided my fears to Chikodi and she took me to a clinic for an abortion and I....."

Kevin embraced her and wiped her tears as loud sobs could be heard all over the quiet church auditorium.

"Baby I'm sorry about all you've been through and I wish you had told me earlier. Chikodi only told me that you lived a wayward life in school and finally lost your womb after series of abortions"

"Oh my God! How could she say that? It's not true!" Stella screamed.

Stella suddenly switched emotions from sadness and pain to anger, bitterness and probably hatred and disgust from betrayal.

"She's lying. She knows I've never been with any other guy before and after Uche her family friend."
Stella was trying so hard to stay calm but it wasn't working.

"Hey babe, it's OK. I believe you. You know I never really liked Chikodi as a person. I was just trying to accommodate her excesses because she's your friend plus I had no prove that she was not a good friend." Kevin said frankly.

Give your home the exotic touch of class. Ecomap Creations Limited is @ your service. Call 08089074331 for enquiries.

Dear Reader kindly comment your thoughts about the story so far. Also indicate if you would like to read the last part of the story. Thank you as I await your response.