THE DAY I STOPPED LYING.

Growing up in the 80s was fun unarguably because we enjoyed a lot of love, care, support, attention and most importantly discipline unlike what the young ones of these days have.

I think my mum was the flag bearer of the group of disciplinary parents. There were two particular portions of the Bible dear to her heart as she went about her motherhood duties:

I have very interesting memories of the manifestation of mum’s disciplinary action in my life but there's a very remarkable one that transformed me for a lifetime.😁

I was about 7 or 8 years then and had gradually formed a habit of being careless with things especially my personal belongings.

On several occasions, I had misplaced my pen and would always go back to mum cos I knew she had packs of pen, like it literally grew in our backyard.


She could not take it anymore and made it plain that the next time I ask for a pen I would have to show her the empty container of my used pen before she gives me a new one.

To show how serious she was, she took me to her room and copied the number of my pen with a chalk on the wall thus: “BIRO ONYINYE R-E-12” (I’m sure those who used BIC pen in those days can relate!)😆 Lolzzzzzzzz

At this point, I think I should mention that my village people (MVP) were already in existence cos I really don’t know how the pen disappeared from my bag within 2 days. I knew I was in for hot soup!

“What will I do?” “Who will I get another pen from?” these were questions I pondered on my way home that hot afternoon. I had a test the following day at school so I desperately needed a pen. I made up my mind to face the music. 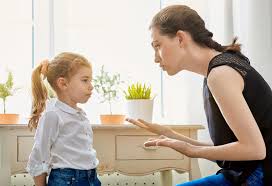 After several prayers, I had faith that God would touch my mum’s heart but on second thought, I decided to try a clever move by picking any used pen and showing her as evidence that I didn’t misplace the precious pen she gave to me.😉

I can’t even remember where I picked the pen from all I know was I presented an empty pen to my mum saying that I needed a new one.

She was surprised that I had finished a pen in just 2 days and had an empty pen container, which had never happened in the history of my existence.

Then she took me to her room and asked if I was sure that was the pen she gave and I responded affirmatively, she asked again and the agents of darkness on duty in my neighborhood whispered in my ears to say “yes” again and I did.

By the time she dragged me to the wall in her room and showed me my original pen number on the wall, I knew that that ‘judgment day’ I have been hearing about in Church had finally come! The pen I had was numbered: X-F-27 while the number on the wall was R-E-12! Kuku kee me!

My sins where just too numerous, only the blood of Jesus could wash it but before then, Mum would have to take me to this holy of holies for cleansing.

I expected her to just flog me as usual but no, she’s a dramatic woman and needed to handle my case different from the typical African mother.

“Onyinye go and bring your Bible,” she said!

Who does that? What’s the Bible for? Has she forgiven me? All these questions I asked myself as I humbly and obediently went and brought my Bible. “Open to Proverbs 22:6 and read it loudly,” she instructed and I did, then she added, “Go to chapter 13 and read verse 24”

Oh! Lord my God, why has thou forsaken me?

I knew I was dead as I read the words, 'spare the rod and spoil the child'. After the Bible reading, she said to me, “do you accept that you have sinned against God by lying and stealing?”

Who am I to argue? I just 'jejely' and 'nwayoly' accepted my crimes by nodding my head and she continued, “What did the Lord say I should do to you from what you read?”

With pain in my heart but in total submission to the will of God I replied, “The Lord said you should flog me.”

At this point, I burst into tears, cried profusely as my mum brought out her cane, walked to the door, and locked it so that no living creature could interrupt my deliverance session.

Do you know how many she flogged me? Hahahaha. I’m not sure you can imagine.

Me I can’t even remember but I know that my life never remained the same.

Though I thought I would, I did not die and yes I turned out well from mum’s discipline and I still love her and she’s still the best mother in the world.

If I had to choose a mother in another life, I’ll pick her over and over again.

Today I am a mother and I know the importance of those bible verses.

Cheers to all great mothers, remember you only chastise whom you love.😁