WHAT MY BOSS DID TO MY MARRIAGE!

Have you ever been in a situation where you had to choose between work and family? Well if you haven't just be grateful.

On several occasions, I've been in that very awkward position. Sometimes I wonder why some employers force their employees do come to work during weekends especially when it wasn't indicated in the initial agreement when you were given the job.

Then when you refuse to come they deduct it from your salary. Haba, that's terribly unfair and unjust. Even heaven will not support such treatment.

That's how my boss asked us to come to work on Sunday. Yes, you heard me, Sunday. As in Sabbath day.

There were two events she insisted we must be present for. A church service by 8a.m and a launching by 3pm. I tried to take permission but she wouldn't hear that.

Immediately I mentioned it to my hubby, his countenance changed and he didn't mince words when he said I should call my boss and tell her that I cannot make it since it's a weekend and I will be taking care of my family. 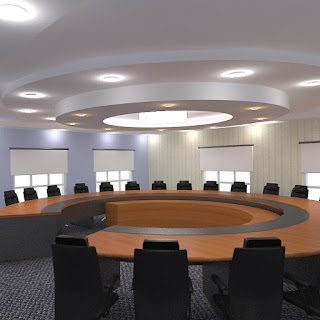 Are you renovating, building or remodelling your home, apartment, office or business space? Ecomap Creations Limited is at your service. Call 08037743106 or 08080074331 for perfect interior and exterior design and decoration!


After much pleading and pampering, he finally accepted on the condition that I'll be home before 4pm because he had an appointment. I was up very early that Sunday morning to cook, clean the house and prepare the kids before heading out.

Can you believe that by 3.30pm we were yet to arrive at the venue of the launching, thanks to my boss who delayed us. Already hubby had called me like one million times, at a point I stopped taking his call.

I knew he was upset with me but I was in a fix and my boss refused to release me until it was 5pm. Immediately I started rushing home, if I could borrow wings I would have flown home.

I met an empty house when I arrived. Only God knew where my Oga and the kids were. I called his number severally but it was switched off and that was when I knew that I was in hot pepper soup. I just humbly let myself in, went on my knees and asked God to forgive me and make a way out of the situation for me.

You won't believe hubby called back around 8pm apologizing for leaving me alone that long, that his battery was drained so his phone went off.

He explained that he was with the kids and asked if I wanted to eat suya and I said yes out of surprise.

Till today I can't explain how God touched my Hubby's heart that he was not angry with me and doesn't even remember the incident.


Have you had to choose between your family and work? Please share your experience.