GHOST FROM MY PAST!

I got a friend request from a male folk from my past and I'm having mixed feelings at the moment.

I used to think he was my uncle, my dad's brother, but I later got to find out that he was just a relative from a neighboring village who worked with my dad.

What he did to me, or rather us, my siblings and I still remains fresh in my memory.

How can I forget so easily how he took advantage of our innocence and vulnerability?

Years later when I told my mum about it, I was surprised that she could laugh about it and tell us to forgive him. 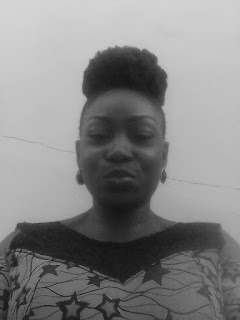 This uncle always timed his coming to ensure it was lunch time.

Then he'll tell you to come with your food to one corner where no one would see you.

We later started calling him 'kpachikom' because the word originated from him since we later discovered that such word was not Igbo.

After that he'll start saying some words like incantations while holding your shoulders and shaking it from side to side.

Then he'll ask you, "Mma gi oshiri ofe gini?" (What soup did your mother cook?)

As kids it was a struggle to identify the various types of food back then.

The painful part was that no matter your response, he'll always say, "I dala ya!" Meaning you have failed.

By the time you are released, your meat would be gone.

Several times my siblings and I hid our meat under our food but he would still dig, find and it.

We were so traumatized that one day we decided to break the law of 1777 by eating our meat before our food.

Uncle came for his ritual that day and was shocked and disappointed.

That was the last of his oppression.

Years later he gave his life to Christ and apologized for his sins and yes I have forgiven.

Did you experience anything similar during your childhood?

Should I accept Kpachikom's friend request?