Let me confess, my day started well to the glory of God.

I also had a very productive time at work.

At the close of the day I was joyously going home to meet my family when I found myself sandwiched between two extremely fat human beings inside a tricycle (popularly called Keke).

I don't know how I got myself into such situation but honestly speaking it wasn't funny.

I couldn't alight from the Keke because it was difficult to get this one and I was in a hurry to get home.

Suddenly I noticed that I was running short of oxygen since these two had shut me out of the source of ventilation due to their size.

Without mincing words, the woman on my left was roughly a size 18 or 20 while the man on my right should be nothing less than size 30.

I won't lie, it was a terrible experience.

These people squeezed life out of me and I began to wonder why fat people should be allowed to board public transport.

If you know you're size XXXL and more, try to drive your own car and stop suffocating the slim populace like me mbok. 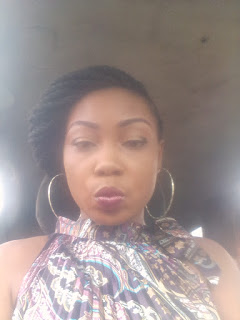 It is very unconstitutional!

I had already made up my mind that I won't pay the transport fare.

Let Mr Fatai and Mrs Fatima pay for three seats because that's what they occupied.

As for me I was invisible in that keke, period.

By the time Mr Fatai alighted I was just looking at his backside.

You need to see how his buttocks was rhythmically swinging from side to side like that of a woman!

I was embarrassed on his behalf.

When I eventually got home I quickly ran to check my weight, because I knew that virtue had gone out of me.

You won't believe what I saw.