Ours was love at first date. It was obvious to all our friends that Ken and I were meant to be since we were all over each other after he took me out on the first date, barely a month after our acquaintance.

He just had a way of saying words that melted my heart. Let me confess, Ken had my mumu button, that was why I didn't hesitate to date him not minding the one year age difference between us.

He was a sweet charming guy who knew how to spoil a woman with gifts, poetic words and good romance.

Intimacy with him was incomparable to any guy I'd previously dated, he knew how to take a woman to cloud nine, unarguably, I'd finally found my soul mate.

It was about 7 months into our courtship, precisely on my twenty sixth birthday, we had gone to an eatery to have lunch that afternoon when it first happened.

I received so much calls that day as family and friends called to wish me a happy birthday.

I was very excited and too busy with my phone, replying messages and responding to chats that I barely touched the food he ordered for me.

The next thing I saw was Ken moved his chair backwards, got up and started walking out of the eatery.

"Baby!" I called out, but there was no response as his pace increased and he was out of the door in a flash.

Immediately, I ran after him and could only catch up with him in the parking lot before he boarded the car.

"Baby, where are you going to?" I said as I tapped him from behind.

I honestly didn't see it coming, else I would have dodged it.

Too late, the back of his right hand landed a resounding slap on my right cheek!

I saw stars for the first time in my life!

I lost my balance and staggered, no I fell because I suddenly felt dizzy.

A few people in the parking lot turned in my direction, as I felt my body land on the floor and ...

I woke up that evening on the hospital bed and though my vision was still a bit blur, I could make out the face of the person sitting beside me, holding my hands and weeping.

"Sweet, please wake up. I love you." He whispered.

I tried to withdraw my hands from him then he realized I was awake and held on firmly falling on his knees.

His weeping turned to wailing and then sobbing.

"My love, I'm so sorry. I don't know what came over me. Please forgive me. I've never done this before and I promise you it'll never happen again. I swear with my life."

My lips suddenly felt heavy, that was when I noticed that one side of my face was swollen hence my inability to speak.

"My love, please just nod your head, have you forgiven me?" Ken asked, with his eyes reddened from crying like a child who had been forced to drink a bitter medicine. 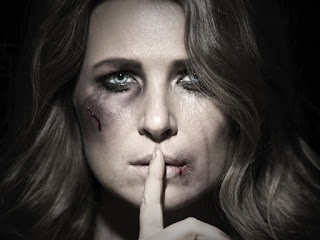 I realized at that moment that nodding my head in affirmative was less painful than shaking it to mean refusal so I obliged.

He excitedly flung himself at me and planted kisses all over me. I had to push him away due to the pain I felt.

Few minutes later, a doctor arrived with the result of the test they had carried out on me while I was unconscious.

"Mr Ken, you told me she fell from the stairs as a result of dizziness l had to run her blood sample through a series of test. Well, congratulations she's 6 weeks pregnant. You're going to be a father!"
Continue to Part 2 here