THE GUY NEXT DOOR. 3

The story from our guest writer continues

‘‘Babe you need to listen to 'let’s gist' on Rave FM, there are really hot and hilarious topics that are discussed. In fact, I look forward to hearing from the callers cause they are very funny. You will laugh so hard from their comments” Sofia managed to complete her statement without laughing too hard.

“Okay fine!!! We would listen to the program together next time” Sofia suggested and he agreed to it.

Charles and Sofia are lovers but it’s really not been all rosy.

Charles is tall, dark and Handsome, every girl’s dream guy.

He is also a helpless romantic that craves attention from his woman. One could say his major flaw is his over caring nature.

He gets jealous whenever he sees Sofia in the company of very cute guys. Well, what man wouldn’t get jealous seeing his hot model girlfriend around other men?

Sofia was one of the top models at her Agency and since it was in collaboration with a Fashion company in the U.K, they traveled very often.

She loves Charles but sometimes she can be very demanding financially.

However, they both were committed to making the relationship work as much as they could.

Serious conflicts between the two lovers were most times settled by David their mutual friend.

David is a focused young man that believes in working hard and making the best out of life while at it.

He knows when to get his ass together and when to have a good time.

As for love, David was way better at sitting on the fence in matters like that.

Nevertheless, he was a good friend and a wonderful business partner to Charles.

They both owned and ran their company for seven years now after having natured and groomed their business plan from University day hence they had a strong bond between them.

Charles was ready to settle down but every time he raised up the topic, Sofia would bring up an unrelated issue that would generate into a very big fight between them. 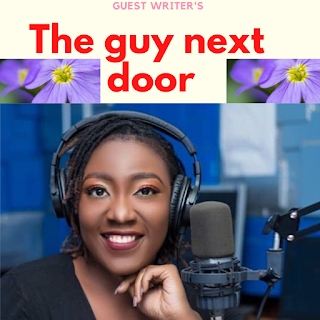 “Guy I’m honestly tired of going in circles with this girl. Every time I try to take this relationship to the next level, Sofia turns it into something else. Is there something I’m doing wrong? I can’t seem to wrap my head around this thing at all.” Charles sounded really pained and frustrated as he confided in David one day.

David could not just imagine himself in Charles’ shoes.

Why would I want to deal with relationship issues or even think of settling down now? he pondered for a minute within himself.

“My man, just be calm. Maybe Sofia wants you to step up your game. Get a house of your own, settle in nicely, show her that you are capable of taking good care of her.” David stood up from the chair, patted Charles’ back and went to the kitchen.

“But I’ve been taking care of her needs for three years now. I’m doing well for myself, isn’t this house ours? I want us to set the marital ball rolling before I get a house. I want it to be a new house as newlyweds. Doesn’t it make more sense that way?” Charles sounded puzzled and confused.

“Dude get yourself a house and show her you are prepared for that next level life,” David said stretching his neck from the kitchen towards the sitting room so Charles could hear him clearly.

“Alright hook me up with those your agent guys abeg. I hope this really works.” Charles said.

It was a free week for Sofia so she came over to the house to spend time with Charles.

He decided to work from home as he could not guarantee Sofia’s movement in the coming week.

It was only normal for him to put work aside and have some good time with his lover.

Soon it was time for 'Let’s gist' and they were both ready to listen as agreed.

Sofia was full of excitement as she rolled over to Charles’ side of the bed and wrapped herself around her man’s body, all set for some cuddling while she listened.

Radio Presenter:
“Hey guys! So I told you we are going to be talking about the power supply situation in the country and the very annoying times we have a blackout. I’ll be sharing my own experience after the break, please promise not to laugh. Our phone lines will be opened after this break, don’t go anywhere.”

“Hmmm NEPA wahala? That’s very interesting and relatable. Those people can be so annoying...” Charles had barely finished his statement before Sofia cut in.

Charles just rolled his eyes and pulled her waist closer to him.

Radio Presenter:
“So guys my experience with NEPA is countless but I remember this particular one. I forgot to pump water one certain time in my house. I didn’t know the water remaining was almost finished. I joyfully went to take a quick shower before going to bed. By the time I applied soap all over my body including my face, NEPA did their magic. It was a total blackout and water stopped running. I was stuck there and the rest of the gist is a story for another day. I’m sure I’ll hear worse experiences from you, call in and share."

Charles ended up loving the program and Sofia could finally gloat.

His mind was still set on making her his permanently. He already placed calls across to different agents; the house hunting was pretty intense.

It was departure time and I honestly don’t understand why Mr. Tolu has been smiling sheepishly. Was this whole thing a setup or what? Anyway, all I know is married men are no go areas and if he tried something silly, I would give him the extreme length of my mouth.

“Debby! Debby! Girl on fire. I trust we would have an interesting training this weekend," Mr. Tolu hailed me with an unusual and mischievous smile.

Pretty creepy but maybe it’s all in my head. Let me overlook it.

We lodged into our hotel rooms and I had settled in nicely, preparing for our introductory meeting at the conference.

All media personalities were present.

It was exciting to meet some of my colleagues and friends. What was of utmost concern to me was why Mr. Tolu kept winking at me all through, even blowing kisses at me a few times.

What's all these about?

WHAT DO YOU THINK MR TOLU IS UP TO?

Watch out for Part 4!