THE GUY NEXT DOOR. Final Part.

Hello readers, I hope you are enjoying the story so far. So we're wrapping it up now.

The heartbreak was taking a toll on Charles, he could barely concentrate at work anymore or even complete simple tasks with clients.

This went on for months, David tried all he could to get Charles out of his depressed state but all to no avail.

Charles had become a shadow of himself. 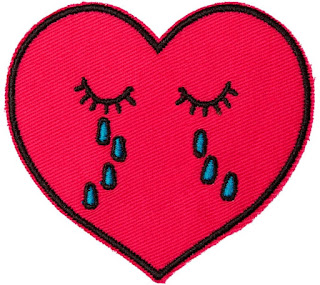 I got back home from work pretty early, I parked my car and said my usual hello to Charles who was going into his flat.

Very unusual, he ignored me and went in.

It was his friend David that caught the wave and smiled at me.

Did I do something wrong? I haven’t seen Charles in a while and a simple greeting was my offense?

Well, I shoved the snub off and went in to prepare for my night out with Lola.

I don’t know why I was particularly excited about tonight’s hangout. Maybe because Lola promised me no man hunting this time, we would just be having a good time all through.

Oh wait, I think it’s because I was nominated for the Prestigious Award of Presenter of the 2020.

Even if I do not win this Award, the nomination alone is enough prestige.

It’s always the likes of Tony de hottie and the rest that won this award.

Debby! Nominated? I must be doing something right.

Lola and I drove off and as she got down from the car, she saw David and Charles walking past her heading into the club.

“Hey, guys! What are you two doing here? Were you following us?” she sounded very sarcastic.

“Abi you’ve been stalking fine boys since,” David teased and paused to see what she would say.

Of course, Lola caught the joke and dragged me into the conversation.

“Hi guys, you club here too?” I said rather reluctant considering how I was snubbed earlier today.

I noticed Charles still wasn’t in his best mood so I decided to stay clear of him.

“Hello Debby, I’m really sorry about earlier, Charles was having a very bad day. In fact, please can we all go to the lounge and talk over a drink before we enter the club” David persuaded.

Before I could refuse, Lola already jumped on the offer and was walking with them.

I’m guessing Charles noticed I was avoiding seating close to him and decided to be next to me.

I can be very easy going but I hate embarrassments, I mean, who doesn’t right?

“Hi Debby, I’m sorry about earlier. I won’t have been here if not for David’s insisting. I’m going through a lot at the moment and I’m handling my situation poorly,” Charles said trying to get my attention.

“Situation? What kind of situation? Are you ill?” my inquisitive self asked.

“I’m going through a depressing moment. My girlfriend of 3 years rejected my marriage proposal….” he went on and on with the emotional story.

I really felt pity for him when he said he got the house because of her.

I shared my heartbreak experiences with him and tried to console him. At the end of the heart to heart session, he told me my voice sounded familiar like that of an old friend.

Don’t bother asking about Lola and David, those two were having a swell time together.

Charles and I could see the two from afar gisting and laughing into each other’s arms.

We finally went to the club and had a swell time on the dance fall. I’m not bad at dancing but I’m nothing compared to Lola, the silly girl dances so well.

Charles finally got off the sad mood and we all had a great time. I almost didn’t want the night to end, I’ve not had this much fun in a very long time.

We finally decided to go home, then we realized that the guys ordered an uber to the club. They weren’t sure they would be in a good position to drive home.

Joining us for a ride was no bother since we all lived in the same compound, in fact, Lola was extra glad for the company.

“Debby we need to do this hangout when you eventually get your award. I think we should all go together for the event,” Lola said in excess excitement or perhaps drunk state.

“What award is that?” David asked curiously.

I just wanted to cover up because it would be embarrassing if they all come with me and I don’t win it.

Before I could come up with a good cover-up story, Lola blew it off and told them in detail.

Charles was calm all through our drive home, I really wondered why.

We arrived home safely and I parked at my usual spot, waiting for them to get down so I could lock the car up.

“Wait!!! Let me get one thing straight because I couldn’t help but ponder all through our journey home” Charles said with so much puzzle written all over his face.

Lola and I paused for a second to hear what he had to ask, turning to him anxiously.

“Could you by any chance be Debby from 'Let’s gist' on Rave FM?”  Charles asked still confused.

David on hearing the question turned to me, anxious for the answer too.

Lola and I looked at ourselves, burst into laughter and were about walking into our apartment.

David stopped us, insisting we answered and put them away from their misery.

“Yes, I’m Debby from 'Let’s gist'…can we go in and catch some sleep now?” I said smiling but with a little pride.

Their facial expression gave them away.

No doubt they were star-struck, Charles’ mouth feel open and David could not help saying “wow”.

We laughed it off and told them goodnight as we walked into our flat.

All through the night I couldn't help but blush knowing that Charles could be one of my fans.

The flash of the eventful night played in my head as I fell asleep.

As weeks went by Charles and I grew fonder of each other; why won’t we when David and Lola kept fanning the fire.

I was more glad that Charles was getting over the heartbreak and finally getting back to work fully.

Everyone at the office was very supportive, campaigning for me to ensure I won the award.

It would be a very big plus for not just me, but also the station so all hands were on deck.

I was a little scared I must confess because there were other big shots in the industry that were nominated.

I didn’t t know if I stood the chance but it was worth the try.

The D-day was finally here and I was both nervous and excited.

Lola hooked me up with a Fashion designer that made me a beautiful yellow dress.

Well, I picked yellow because as usual, I wanted the attention. We got dressed at the hotel while Charles and David were to meet us at the event center.

With my hair neatly wrapped into a ponytail, my prominent hourglass shaped figure popping out the dress; I walked down the red carpet looking like a goddess of beauty.

I could feel eyes staring and heads turning for a second glance at me.

I must confess, I loved the paparazzi moments so much that I forgot about the tension of the award.

We went over to meet Charles and David at the entrance of the hall so we could seat together.

Charles’ eyes were literally popping out of his socket.

“You are Beautiful Debby” were the only words he could find at the moment.

I smiled and hugged him as we walked into the hall to get settled.

Lola and David sat not too far from us as we anticipated the award session.

Charles had my hand in his and cuddled me from time to time helping me to relax.

The category for my award was finally announced and my heart began to race.

Your guess is as good as mine, I won the award thankfully.

It was like a dream come through for me, I was super excited.

I took a couple of pictures with my friends and fans that came around.

I was about going in search of Charles when I heard a familiar voice from behind.

“Congratulation Debby, this was well deserved,” it just had to be Koko.

Did he have to ruin this perfect moment?  I turned and tried to put on a smile when as I said thank you.

“We should celebrate this, are you alone? Let’s go over to the spot opposite…” he wasn’t done talking when I saw Charles coming towards me.

I felt a little more at ease with his presence, more like he gave me composure.

“Hey dear, are you ready to leave yet?” Charles said as soon as he walked up to me.

I nodded in agreement and a broad smile.

Koko could not help but notice how my face lightened up so he asked the usual question.

“Is he your…” before he could complete the question Charles quickly cut in.

I was so glad Charles coded, of course, I told him about Koko and my suspicion that he would walk up to me that night.

We excused ourselves and walked up to the car park.

“Thank you so much for saving me back there, I thought you won’t code, you’re a sharp guy,” I said laughing.

“You’re welcome Debby but I won’t want to lie next time,” he said looking me in the eye.

I was a little confused and it was clearly written on my face.

He held my waist, pulled me closer and gently kissed me slowly but passionately.

We paused and I was confused about what just happened. 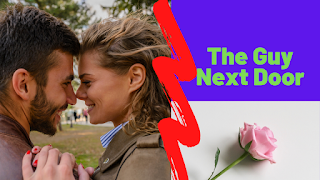 “Debby, I’ve always longed to meet you in person. I fell in love with your voice and now, your personality. Initially, I thought it was two different ladies. Now I’m glad you are one and the same. Please be my girl” he said with so much sincerity.


Can somebody pinch me, please!!!

Telling the story still makes it look like it was yesterday.

Charles and I got married a few months later.

Of course, mom had no option but to drop her ultimatum when she saw Charles and I were in a serious relationship.

As for Lola and David, I still wonder what they are waiting for to get settled down.

Dear readers, I hope you enjoyed the story from our guest writer.

Let me know your thoughts and opinion about the story you just read. Kindly drop them in the comment section.

And remember to stay safe and healthy this period.