THE GUY NEXT DOOR. Part 4

I hope you're in good health and sound mind this period. As we hope for pleasant news this month, we continue the story from our guest writer.

“Alright, I’ll come by the houses next week and see what you have. Thank you very much for coming through at such short notice. Bye,” Charles ended the call with the agent hooking him up with a house as advised.

He had plans of proposing to Sofia and also surprising her with the new house. The thought of all these alone got him so excited. He was in high spirits all through the day at work.

A few hours later, Sofia called to tell him about her busy schedule from the coming week. She was selected alongside 3 others to represent her Agency in a Runway Competition in the U.K. This was a big deal not just for her but also for the Agency.

The benefits were truly tempting. Charles was Happy for her and thought to himself “very good timing, I will propose to her as soon as she comes back. She won’t suspect my moves. I’ll surprise her.”

They both agreed to make fun memories with the little time they had.

As usual, he begged David to handle his urgent work for the rest of the week and off he went.

The training was very informing and I must admit that I needed but the break and the information.

Mr. Tolu was honestly very distracting and I really wonder what he is up to. Good thing our hotel rooms are far from each other. I won’t even bother telling Lola because that crazy girl will surely ask me to jump at the opportunity.

The training was to end with a Dinner party and almost everyone was looking forward to it especially Mr. Tolu.

“Debby hope you’re going to kill us with some hotness tonight. You know you have to represent o. No fall my hand,” he said his eyebrow dancing up and down.

What is even wrong with this man? Before I could make any statement, he walked away and I heard someone with a deep tone call me name. 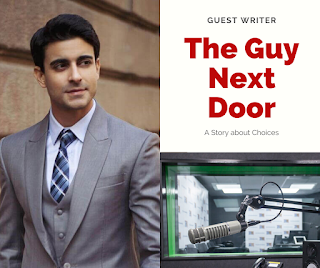 Who could it be? I turned only to find Koko my ex smiling at me with his annoyingly cute face.

I was caught off guard; I could not put up any act at this point.

“Hi Koko, it’s good to see you” I simply had to fake a smile. While we hugged, I rolled my eyes and wished that I disappeared immediately.

After the pleasantries, he asked the most dreaded question. “Are you married now?” Should I lie or say the truth at this point? I’m sure this player asked the question to gloat.

While I was still lost in thought, he quickly chipped in “Well, I’m married, got married last year”

Shocked and embarrassed, I said congratulations and "you’ll hear of mine real soon," just to get him off my back.

“Oh so you’re not…” before he finished his statement, I just said “Koko it’s good to see you again, I must go prepare for the dinner party now, bye,” and walked away.

Before you ask anything, Koko and I were in a serious relationship for 4 years. Little did I know that I was dating myself the past year. He cheated to the point that I caught him on the bed with one of my interns.

Moving forward, I need to look hot this night, if not for anything, for the mere fact that Koko is going to be there. He should feel sorry not glad that he did what he did.

I intentionally came late for the Dinner party because I wanted to break some necks. Yes, I've got some drama queen blood from Mum.

I wore a red fish-tail dress that had all my curved showing in detail. I wasn’t sorry that my thick hips were intimidating or that a bit of my cleavage was tempting.

I walked into the hall slowing as I added an extra effort swinging my hips side to side. Thanks to Lola for forcing me to bring this dress along, she’s a lifesaver.

As I stood close to a table and tried to drag out a seat, I heard Koko's voice again. “Let me help you” he dragged out the seat and was coming closer for a peck.

I smiled after saying thank you and blocked the peck with my handkerchief.

Please can this guy shift away so that the single guys can look in my direction? I thought while getting settled.

Soon I noticed that Mr. Tolu was seating opposite me again. This time he signaled me to check my phone which I did in a hurry but I saw nothing.

A few minutes later, He winked at me again and signaled me to check my phone again. I checked again but saw nothing.

Pissed off and angry, I turned my seat away and concentrated on the MC.

After a while my phone beeped, I looked and saw a text from Koko. “Baby you look very Hot, I miss you.”

Is this a joke or a wrong message for his wife? I ignored it and went on with the event.

Mr. Tolu was walking up to my direction, what was he coming to tell me again? What is even wrong with these men?

Before I could sum up the thought in my head, he walked past me and went to the lady behind, pecked her and they both went out of the hall.

What just happened? So I wasn’t the one he was making passes at all along? Wait!!! Mr. Tolu is cheating on his wife!!!

Good Heavens this is so sad. I’m sure the poor woman doesn’t know that he is in the bosom of another woman right now.

See why I told Mum that there are no good men in Lagos anymore, and she still gave me that Ultimatum. Can we just be done with this dinner let me go back to Lagos tomorrow abeg.

It was time to eat and I went to the buffet stand to take some food. I decided to mingle with the rest of my colleagues from there. I got a lot of compliments from them even from Tony the Hottest Presenter ever.

Well I know they were all thirsty lost so I didn’t bother considering them. In fact, I honestly won’t date any of my colleagues in this profession.

Koko was a big lesson for me and I learnt the hard way.

I took an excuse from their company and went to the restroom to adjust my dress after eating almost a full mountain.

When I went got there I used the mirror at the sink to fix myself, then I heard some moaning sounds.

Who the hell could be doing this in the public bathroom? For the love of God, the hotel room is just across this hall.

I was so disgusted and quickly finished what I came to do and was about stepping out when the door opened and I saw Mr. Tolu coming out of the toilet with the Lady.

“Mr. Tolu how could you be this dirty!!! Not only are you cheating on your wife, you’re doing it in the public toilet!”

I was so furious that I walked out immediately and straight to my hotel room. I lost interest in the whole party; all I wanted to do was go home.

WHY WAS SHE ANGRY? THE FACT THAT MR TOLU CHEATED OR THE SIGHT OF HER CHEATING EX KOKO?

WHAT WOULD BECOME OF CHARLES AND SOFIA?