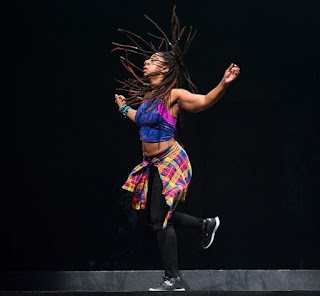 It got to a point she became so popular in school to the point that her name changed from Cynthia to "that dancer", but she was still broke. She would complain about her inability to get some of the little things that a lady needs.
She once said to one of her friends, "I wish I had a skill" and her friend replied "sure you do".
Her friend began to challenge her into organizing dance classes for people who wanted to learn for a little fee.
Are you still interested in the story?
My point is, not everybody believes in their gifts. Not everybody believes in their abilities.
I have seen people with potential still begging for bread. I have seen people with abilities unable to move to the the next level. They are looking for what they don't have, instead of fine-tuning what they have.
What is it that you think nobody needs? What abilities have you been blessed with that you think nobody will want? Can you do a little refinement? Can you develop it? Can you take it to the next level?
There are no naturally born failures, every failure is self made! It's okay to blame people for where you are now, but the truth is, you are responsible, but until you believe it, nothing will change.
It's time to look inwards. It's time to focus on discovering and understanding the you in you. There is something that God has put inside of you, discover it and bring it to light, because if you don't, you will always answer to those that invested in theirs.
Finally, in the words of Rev Sam Adeyemi, one of my mentors, "IF YOU DON'T USE THAT GIFTING/SKILL THAT GOD HAS GIVEN TO YOU TO BLESS HUMANITY, YOU ARE QUALIFIED TO BE BROKE"
***                      ***                             ***                           ***                              ***
Written By Nnamdi Raphael a Professional Biochemist and salesman per-excellence. A multi-talented MD, voice coach and teacher. He has been a motivational speaker for over 6 years and has positively influenced the lives of young people around him. You can reach him @nwaozornnamdi on I.G and on Linked In & FB Nnamdi Nwaozor.
If this post has blessed you, please do well to drop a comment. Also you can find out what eventually happened to Cynthia by following the writer on his social media page.
Email Post
Labels: Guest Writer