IF SKILL IS KING, THEN CHARACTER IS QUEEN 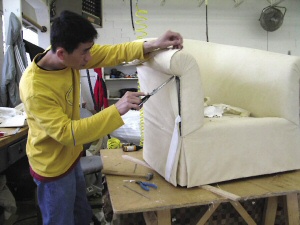 Suddenly, on one fateful day, we received a call that Stephen was arrested and put behind bars.
Oops! I guess you are as shocked as I am.
Little did we know that he, alongside his apprentices, had been fraudulently taking clients' properties to his shop, and this time he was clearly caught.
Here's my point, it is good to be skilled but it is better to be of a good behaviour and character.
The reason loads of people rise and fall today is traceable to their character. A Bad Character is like a flat tyre, you'll never move forward until you change.
Character is who you are when no one is watching, as opposed to Reputation which is merely what people think of you on the outside.
Finally, in the words of Apostle Joshua Selman, "WHEN SKILL AND CHARACTER RUN A SPRINT, SKILL WILL WIN. BUT WHEN SKILL AND CHARACTER RUN A MARATHON, CHARACTER WILL ALWAYS WIN."
This is because when the chips are down, Character will always speak.
***            ***           ***       ***          ***
Written By Nnamdi Raphael a Professional Biochemist and salesman per-excellence. A multi-talented MD, voice coach and teacher. He has been a motivational speaker for over 6 years and has positively influenced the lives of young people around him. You can reach him @nwaozornnamdi on I.G and on Linked In & FB Nnamdi Nwaozor.
If this post has blessed you, please do well to drop a comment.
Don't delay to click the subscribe button at the top if you haven't subscribed to this blog.
#thistooshallpass#
#weshallovercome#
Email Post
Labels: Guest Writer