HE RAPED ME TOO!

I was about 8 years old the first time he touched my breast. Though my chest was not so flat anymore because I was a chubby little girl whose breast had just started forming as a result of fat.
At first I thought it was a mistake but when I looked up at him he just smiled and winked his left eye at me. He was my father's brother who was temporarily staying with us before going for his youth service.
One day it rained heavily and I was alone with him at home and he called me to the guest room where he stayed, and asked if I was feeling cold, of course the weather was cold and I responded in the affirmative then he said he would help keep me warm.
I didn't really understand what he meant until he asked me to lay on the bed beside him, I innocently did and he held me from behind as my back was in his front, he rubbed his penis on my buttocks and though I felt uncomfortable but didn't know what to do.
He later assured me that it was okay and that my parents already knew that he was helping me become a big girl, until the day he started putting his finger in my vagina. Eventually he had his way with me and on several occasions put his penis inside my vagina, the pain I cannot describe but I never felt the same after that. I didn't know who to tell because my parents trusted him.
He was my father's brother! 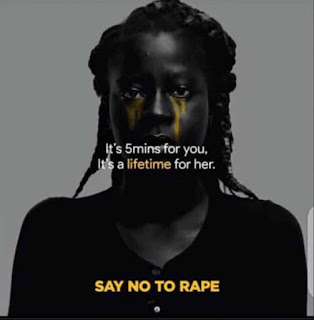 Every part of my body ached from all the work I had done that day, I just needed to get some rest. As soon as my head hit the pillow, I had already started drifting to dreamland when I felt my husband's hand begin to caress my breast.
God knows I was too  drained and worn out for any form of sexual intercourse. I pleaded with my husband that I was tired and we could do it the following day. He insisted that he was in the mood for sex and wanted it at the moment.
According to him, it was his right and I ought to always surrender my body whenever he wants it. Before I could finish my explanation, he had climbed me, parted my legs and inserted his penis into my vagina.
The sharp pain I felt was not only in my body but in my heart and soul. I lay on my matrimonial bed like a log of wood with tears rolling down my eyes as he thrust himself in and out of me. I was raped.
He was my husband!
***                             ***                   ***                     ***                    ***                     ***
These are real stories of how the female folks have constantly been molested, abused and violated regularly and daily. The crime that these females committed to deserve this is that they possess a VAGINA.
Today my heart bleeds painfully as I read stories and reports of how our girls and women live in constant fear because they are at the mercy of the male folk. 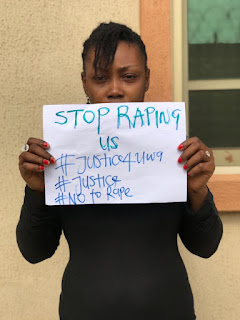 The female folk has always lived in fear of the men around them, sometimes its a school mate, a neighbor, a friend, a cousin, an uncle, a brother, a husband or even a father. Those who are supposed to protect us have become the agents of our destruction.
Every victim of rape never remains the same physically, emotionally, psychologically, mentally, socially and otherwise!
That you own a penis does not give you any right or entitlement to any woman's body.
Anyone who defends a rapist is a potential rapist. 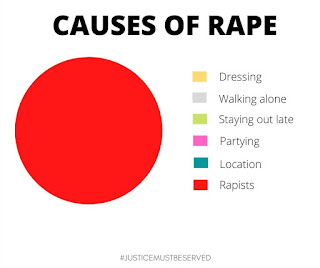 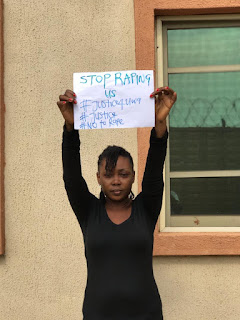