CONFESSION OF A GOOD WIFE

"I don't think I can ever forgive him," I screamed at Sheila my best friend as we sat in the wine coloured Honda SUV I had received as my 38th birthday gift from my husband few months ago.
"When you confronted him what did he say?"
"I played the recording of my conversation with the stupid side chick, and he knew I had boxed him in. There was no escape so he started apologizing that it was the devil's work and he doesn't know what came over him."
"Eiya! That means he's sorry na. Just calm down," Sheila said as she made to hold my hand.
I immediately pulled away from her.
"Please don't tell me that jor. Who's side are you on sef?"
"Haba, Nene you know I'm on your side na."
"Then why are you telling me to calm down? This is a man I have toiled with for the past 15 years of our marriage. I have never denied him sex, not even once. I have given him 2 boys and 2 girls. What more can he be looking for outside?" I cried laying my head on the steering wheel.
I couldn't hold it anymore as I broke down in tears, not even Sheila's hands rubbing my back or her soothing words could make me feel better.
The pain I felt in my heart was unbearable. As I closed my eyes all I could see was my husband on top of a cheap slut screwing the hell out of her as she screamed his name in pleasure.
Not all sins can be forgiven. I didn't deserve this. Not from a man I had made several sacrifices for and have been faithful to.
I knew what I had to do. 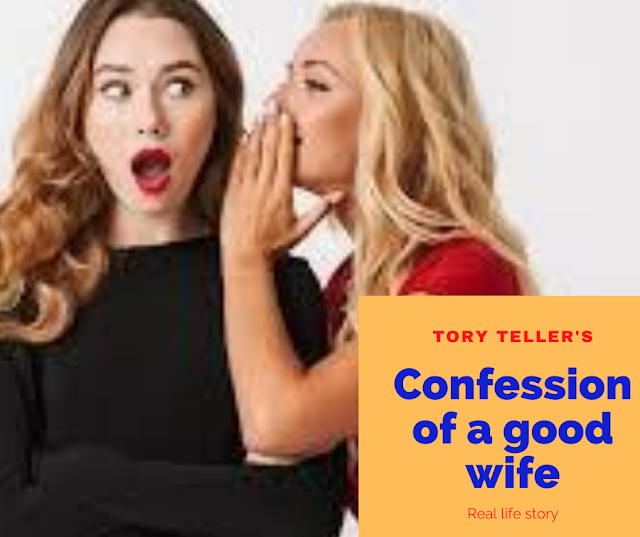