LET'S TALK ABOUT SEX: they lied to us!

I hope this post meets you as awesome as I feel today. I guess you may be wondering why I feel so awesome.

Yes, I am always excited to sharing a piece of information with you because you mean a lot to me. Today's post is special, I am going to tell you a story. 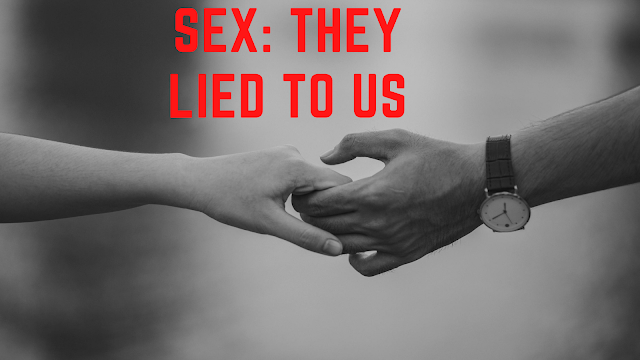 Once upon a time, in the early 90's, there was a teenage girl called Onyinye who lived with her parents and siblings. Immediately she started having her menstruation her mother said to her, "Now you know you are a woman, make sure you protect your body. Don't let anyone touch you. If a boy touches you, you will get pregnant!"

The problem with this admonition was that Onyinye liked boys a lot. How would she go about life without them touching her? The worst part of it is that she was beginning to get more of their admiration and attention and truth be told, she was enjoying it. Now she had to avoid them touching her so that she doesn't get pregnant.

Fortune smiled on her that she was shipped to boarding house in an all girls secondary so she was able to stay away from boys for a period of time but as soon as she returned home after her secondary education the pressure from the opposite sex escalated.

Hold on people, does this story sound familiar? Were you also given the same sermon of "If a boy touches you, you will get pregnant"? Welcome aboard. So how and when did you find out that it was untrue? I'm guessing it took sometime right?

You see, in my time, there was nothing like sex education or should I say all we ever received as the complete scheme of work and curriculum of sex education was: "If a boy touches you, you will get pregnant!" Periodt.

We were groomed to believe that sex and other sex related issues, especially anything that had to do with the reproductive organs were sacred words. They were not to be mentioned or even discussed. Sadly, curiosity wanted to kill most of us.

You know when you tell a child not to touch something and suddenly all they can think of is how to go about touching that particular thing they ought to avoid. Well, that was the case. I won't lie, I was worried for a few days after a male neighbour touched my hand. After checking if my stomach was protruding on several occasions, I realized that I was worried for nothing. Please don't laugh at me, that's what they told us.

It was during my secondary school days that I realized that pregnancy came as a result of sexual intercourse which involved the penis penetrating the vagina at a particular time. This and many more things did I discover overtime. Chai! They lied to us!

We couldn't ask our parents, or should I say mothers, (because fathers were totally out of the picture when it came to such discussions) for further explanation. We were puzzled about the changes taking place in our body but we remained in the dark. 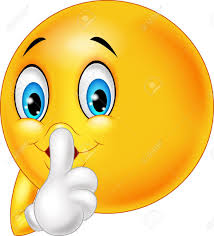 A million and one youngsters got answers to the questions from wrong sources, regrettably some even became victims of experimental lessons by those who were supposed to protect them.

That is why today's topic is about what they told us versus reality. Fasten your seat belt let us take this ride together.

In the beginning Onyinye was a very naive and ignorant girl, I am sure present day youths would call her a bush or village girl but I know she is not the only one that had this kind of orientation.

Let me shock you, the first time I took a real good look at my female genitals, with a mirror was as an undergraduate. Surprised? Okay, how many of you even know that the females have 3 openings in their private part? Interesting fact right? I didn't even know until I got married. Ah! My Spinal Chest!

And since then I have not stopped looking at that place, as a matter of fact, I look there almost everyday to ensure that everything is alright down there, part of the reason I am an unashamed nudist.

These openings are the Urethral opening, for urine; vaginal opening for reproductive purpose; and the anus for feces. Thank me later!

Ignorance has never been and will never be an excuse. I would like to refute some of these false information about sex that have ignorantly been passed down from generation to generation

1. If any man touches you, you will get pregnant.

By now you should know that this one is a typical example of what we call "Old wives' tale". Tell the little ones the truth about sex and how one can get pregnant. Gone are the days of fake news. The more informed they are, the better for them. They should know everything about their body parts, its various functions and how they can keep it clean and protected until the right time.

2. If you don't have sex at a younger age it will be difficult to enjoy it when you are older.

Hmm. This particular one was cooked up by a group of frustrated people who had lost their chastity and were looking for young ones to recruit into their promiscuity club. Sex can be enjoyed at whatever age you get married. Yes, I said so with all my chest. You know I have always been an advocate for no sex before marriage.

3. Virginity can be restored with medical help.

Let me give you the response from a medical practitioner, "There's nothing like restoring virginity physically or medically. God can restore the spirit to a state of purity but a virgin is a virgin and one who isn't isn't. The person should just love herself and live her life as God intended and forget about restoration of a hymen." - Dr. Nonye Egekwu

If it was me that said it you may be doubting the authenticity, now doctor don talk am, make una hear word!

Chastity is a thing of pride, that is why I believe our bodies should be kept till the appropriate time so that there will be no room for regrets afterwards. On the other hand, those who have lost their virginity should not feel less about themselves especially if it was done in the time of ignorance.

Now that you know better, it is not too late to make the right decision about how you want to take care of your body and protect yourself from future regret. Let me be honest with you, when you get married, you will have sex to your satisfaction, in fact, na you go taya sef.

Guess what? That thing that was making Onyinye's body to sweet her, she has finally gotten it. A full fledged man, someone's son, has been giving it to her continuously and her body has found peace. May you find peace with the right person at the right time. 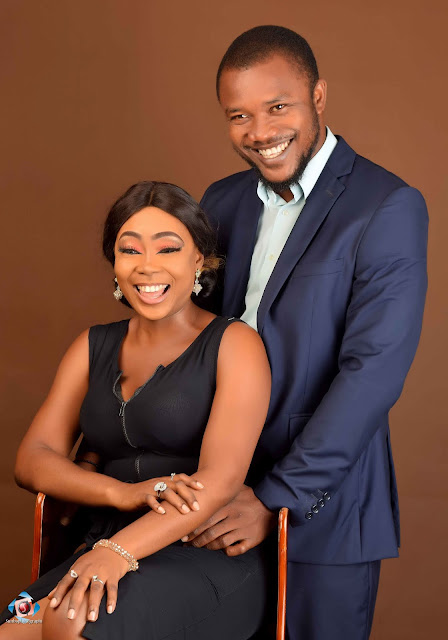 P.S This discussion is just starting, there will be a continuation shortly because we need to settle these issues once and for all so that we can enjoy our sexuality without fear or foe. I will be back let me arrange the seats for new comers please.

If you missed any of our sex talk series, you can read up the previous ones here

There will still be another giveaway soon so tell someone to tell someone to subscribe to our blog immediately. Don't forget to drop your questions and opinions in the comment section. I must confess, your comments give me joy. You can also tell us some of the lies you have heard about sex, let's trash it together.

The Tory Teller loves you and is rooting for you!