IT SHOULD END THIS WAY...

Hey Beautiful People.
I hope this meets you in good health and sound mind.

Today, I'll be sharing a story from a guest writer and it's taking us to the adventures of undergraduates on campus. Enjoy! 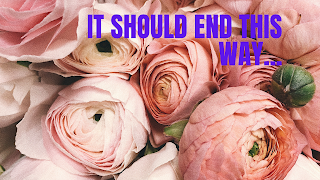 One evening, Amara and her girlfriends went out to buy “fries” (fried yam, potato and plantain a common delicacy of undergraduates) to eat for dinner.

Being a newbie in the University, she decided never to walk alone. She had heard so many tales about how scary guys in the University can be and how they molest women. The fear always grips her whenever she is alone so she made a resolution to always walk with her girlfriends no matter where she was going.

When they got the their destination, they met three guys already standing there waiting for theirs to be packed. Sighting these guys, Amara got scared and asked her friend, Gina, to stand close to her. Gina was the most confident and daring of all the girls so she urged Amara to stand firm and not be scared.

Gina is an exact opposite of Amara in appearance; dark, thick, well rounded with full boobs and curvy hips. Amara on the other hand is light skinned, slim just with appropriate amount of burst and petite butt.

Milan, one of Amara's girlfriends, asked them to quit whispering and say what exactly they wanted to eat.

They all burst out laughing calling her “chidi afo nri”. (meaning Chidi the glutton)

The guys (who were already eating their hot meal) also joined in the laughter except one, Dennis. He wasn’t interested in that conversation neither was he paying attention to the girls.

The girls paid for their dinner and were about leaving when Gina bumped into Dennis.

"My apologies," he muttered and walked away.

The girls went their separate ways too not paying much attention to other students along the busy road. 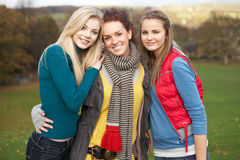 Two weeks later, Gina and Amara went into the Faculty for inquiry on how to get their matriculation numbers. As JJC (new comers) they both were, they asked different people for directions on where to go, which office to enter and what to do when they get into the office.

They managed to find the right office but had to join a queue and Amara was to go in before Gina. Few minutes later, she came out smiling sheepishly and told her friend that she had gotten her matric number.

Gina was excited to hear that, but she still has to go in to get hers. Out of fear, Amara wanted to tag along too because of her fear of being alone in the midst of University students (mainly guys). Her friends knew she could be timid sometimes. Gina managed to convince her to wait outside promising not to spend too much time besides it was one student at a time.

Scared to the bones, she told Gina she would be waiting to meet her under the tree at the end of the block. She envisaged that since the tree was lonely and shaded, she won't draw the attention of anyone especially guys. Gina agreed and Amara left for the shades.

Sitting under the tree and engaged in a novel, Amara didn’t notice the person standing before her.

“Hello,” he said calmly. Amara, hearing the voice of a guy was instantly frightened that she dropped the novel and sprang up immediately.

“You’re one of the girls from the “fries spot” few weeks ago. Am I right?”

“Hey, calm down! I said I don’t bite. I met you and your friends one evening when y’all came to buy fries. You ordered fried plantain and akara. Remember?”

“Sir, please, I can’t remember anything.  I need to go now. Please let me go.” Amara said with teary eyes and a squeaky voice.

“I’m not holding you, I hope you know that? Seriously, I mean no harm. My name is De..”

He was about introducing himself when Amara ran away as quickly as her legs could carry her, leaving her novel behind.

Dennis was stunned to see a young adult, an undergraduate for that matter, so timid and frightened as a kitten abandoned by its mother.

He smiled, picked up the novel and walked away, shaking his head in amazement.

Amara ran towards the office Gina entered. She bumped into Gina who looked shocked to see her friend running with so much speed by that time of the day.

“What’s happened.? What’s going on? Who is chasing you?” She asked Amara who was struggling to catch her breath.

“Babe, please let’s go home. I’m done for today. I’ll tell you when we get home.”

“I didn’t succeed in getting my matric number, Thank you for asking” Gina said angrily stumping her feet as she walked.

They both left the school premises and headed home.

At home, Amara told Gina what happened under the shade. Gina couldn’t help but laugh at her faint-hearted friend.

“Ordinary guy said hello and you zoomed off. Sorry for you. I’ll not always be there to have your back so better man up or woman up. This is Uni and you have to drop that your Sister Mary lifestyle at home and blend in” Gina said amidst laughter.

What do you think scares Amara so much about guys? Do you think she is being childish or just outright timid?

Written by Munachi Kyrian. Do well to drop a shout out to her as today is her birthday too.

Watch out for the continuation of the story shortly.