Today, I write this post with tears flowing down my cheek and so much pain in my heart, in fact my heart is broken. For the past 24 hours, I have shed tears uncontrollably for the ongoings in my beloved country Nigeria. 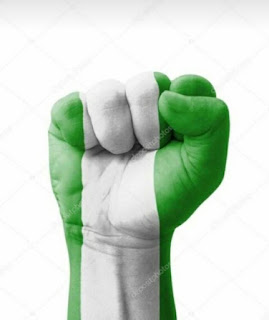 Before I proceed, if you did not read my independence post on the 2nd of October, please do well to read it here.

I recall that I celebrated my Nigeria, being you and I, not the government and I told you that I am hopeful for a reformed Nigeria. Not long after that, precisely on the 9th of October, what started as a mere hashtag on social media birthed a peaceful protest by youths all across major states in the Federation. 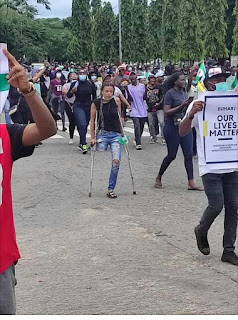 The purpose of this protest was to get the government to #EndSARS. The Special Anti-Robbery Squad (SARS) a unit of the Nigerian Police Force which was set up to protect citizens and checkmate crime has overnight become a menace and threat to the society by their constant harassment, brutalizing, extorting, violating and killing mostly young citizens.

Initially, they started by apprehending young people on dreads or coloured hair, with expensive gadgets, driving expensive cars, or just mere looking good. These were enough reason for them to accuse you of being a fraud(yahoo person), take you into custody, beat you up, extort you, force you to accept the false accusation and in most cases, kill you and dispose your body. 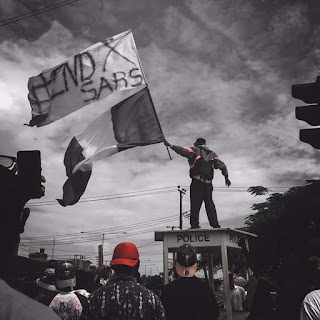 On March 31, 2019, KOLADE JOHNSON a father of one was killed just because he went to watch live match.

On August 9, 2020, AYOMIDE TAIWO, a 20 year old fashion designer was hit with the butt of the gun because he only gave the officer 50 Naira when he had more money. He fell off the motorbike and began to bleed, entered coma and died 6 days later.

IFEOMA ABUGU 20 year old graduate on September 10, 2020 was picked up by three SARS officer in her fiancee’s residence. She was taken to their station, where she was sexually assaulted and later killed. 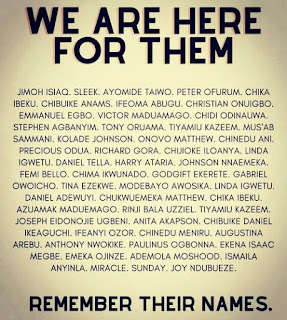 These are just a handful of the lives the have untimely and arrogantly snuffed out of our youths by these shabbily dressed fully armed men, the list is endless. Listening to the personal experience of those who have survived the encounter with SARS or tales from bereaved families could make you loose your sleep for weeks.

Two days after the protest began, the Inspector General of Police, came up with a 5 point agenda in which he stated that SARS had been dissolved and the Nigerian Police Force was set for a reformation. He also announced the replacement of SARS with SWAT, Special Weapons and Tactics team. 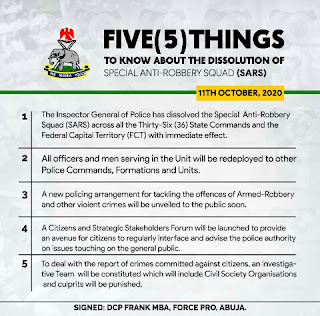 This agenda was rejected by the Nigerian youths on the grounds that it was a replica of previous unfulfilled promises. Nigerian youths also came up with their 5 demands from the government which they called #5for5#. Let me also add that the families of the innocent victims of SARS were neither compensated nor granted justice and this was part of what grieved the hearts of the Nigerian youths. At this point the protest moved further to end police brutality and bad governance. 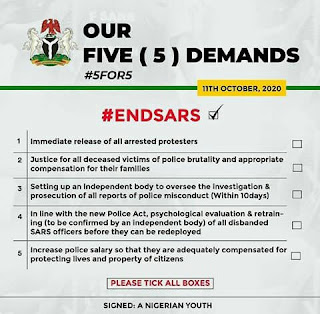 To the amazement of many, including the international community and Nigerians in diaspora, the protest which was backed by lots of Nigerian celebrities and Media Influencers, promoted unity and oneness for the first time in the history of our country. The unrelenting protesters received support from well meaning Nigerians, many organisations and institutions supported the protesters by supplying them with food and other essentials.

During the protest, we saw citizens looking out for each other and supporting one another irrespective of tribe and religion. The Nigeria of our dream was on display before our very eyes. Christian watching over the Muslims while they prayed and vice versa. Male protesters taking turns to protect female protesters and ensure their safety. Citizens volunteered to clean up the environment after eating together and respectfully. I was overwhelmed with pride that it was my Nigerians that were showing the world who they truly are.

Although, there was intense traffic situation in several parts of Lagos and other major cities as a result of the protest, it was a peaceful one and Nigerians accepted the inconvenience hoping the aim to getting government’s attention would not be defeated.

I shamefully acknowledge that Nigerians in other countries also organised peaceful protests and were protected by the Police there, what our own country couldn't do for us.

Unfortunately, those at the top were not happy with this and sought every possible way to bring it to a halt. On several occasions, thugs and hoodlums were paid to hijack the protest, causing mayhem, burning police stations, and destroying properties of citizens in the protest. Protesters were obstructed with the use of teargas by police men in some areas, some even went as far as pouring water on them from water tankers but they were determined and refused to back down.

So devastating was this that by the 11th day of the protest, the military was unleashed on peaceful protest which is against the constitution of the Federal Republic of Nigeria.

On this day, 20-10-2020, the Lagos State Governor, Babajide Sanwo-Olu declared a curfew from 4pm, like his Edo State counterpart, though it was later extended to 9pm. Many protesters who had made the Lekki toll gate their home since the protest commenced remained at the protest ground peacefully when suddenly the lights were turned off and cameras were disconnected. If only Nigerians knew what would follow! 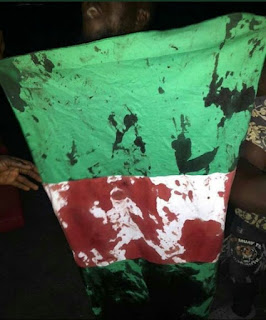 By evening there was sporadic shooting at the protesters by men identified as the military. Note that these protesters were unarmed, peaceful, sitting on the floor and waving the Nigerian flag. There was absolutely no reason for them to be shot at but then, about 15  of them, (at the time of this post) received bullet wounds some of whom died in the process.

To worsen the situation, the military barricaded them, obstructing medical personnel from attending to them and even carted away the corpse of some shot protesters. Pictures of the Nigerian flag designed with the blood of innocent youths who were only asking for the rights have plastered the internet at the moment. 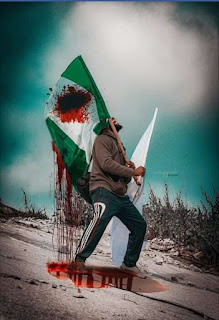 I am doing this particular post for posterity. I refuse to be silent in a time like this when the younger generation are suffering for the silence of the older generation. Like the one of the slogans of this protest, I have decided to “Soro soke” which means to speak up! Let it be on record that my voice was heard irrespective of how heavy my heart is because of how much blood has covered the face of the country once referred to as the Giant of Africa.

Do I still have hope? Yes, because I am still alive and for the sake of our fallen comrades, I cannot give up or loose hope else their death becomes in vain.

I therefore beseech you to lend your voice, support this course for a reformed Nigeria in every way possible. How? Pray for God’s intervention. Don’t be silent, lend your voice, keep speaking up against bad governance. Online protests is intensely ongoing, don't be left out. We hope to return to the field when the curfew is lifted. 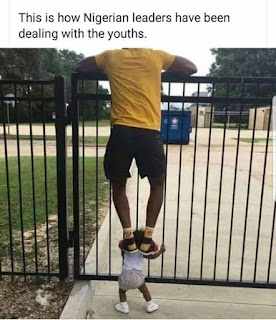 Any petition shared for the purpose of justice, don’t hesitate to add your signature. Make sure you get your voters’ card in preparation for the next election and  ensure you cast your vote for the right person. Discourage every form of violence, we will not tow the line of callousness besides we value human lives. We deserve better as a nation, we have suffered for too long in the hands of leaders who have no regard for God or man.

Please do well to drop a word of prayer of prayer for Nigeria as we mourn the death of our heroes.

I leave you with these words, the battle is not over! Nigerians, we are resilient and dogged. I love you all and I am proudly rooting for you as we look forward to a reformed nation.