TO SPEAK OR BE SILENT?

I was on my way home one evening when I saw my neighbour’s husband drive past me, it looked like he was heading home too. I noticed he was not alone in his silver-coloured, 2019 model of Toyota Camry, there was a female in the seat next to the driver’s.

I assumed that it was his wife, Beatrice, but as he stopped at the street next to ours, the female alighted. I saw her clearly as she bent over the car window with a wide smile on her face to say last words to Mr. James before walking into the neighbouring street.

The light-skinned female I saw was not his wife, I could bet my 10 fingers and toes on that because Beatrice is just a tone lighter than charcoal!

Who could this lady be? How can Mr. James be dropping off another woman? Is he seeing someone else? Could it be because his wife recently lost her job and has been a housewife for the past 5 months? Is this how men behave?

All these thoughts raced through my mind as I hastened my steps home. I needed to alert Beatrice of what I saw before it is too late. My usual 7 minutes walk from the bus stop to my house, took me about 4 minutes because I was walking like those Kenyans that participate in the Olympics long-distance race.

I was astonished when I got home and saw Beatrice sitting in front of the compound waiting for her husband to return as usual. That means he didn’t even drive home straight. Obviously, he had gone to see another ‘side chick’, I assumed.

Now I was convinced that I needed to tell Beatrice what her husband had been up to. Immediately we exchanged greetings, I let the cat out of the bag.

“I saw your husband with a fair-skinned lady that stays in the next street. I think he is having an affair because he drove past me and he is not yet home!”

That was all the information Beatrice needed before she went to boil some water while waiting for her husband’s arrival. 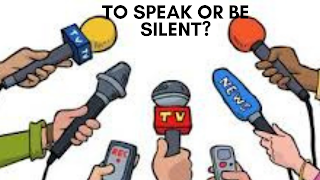 Thirty minutes later, I was in my flat when I heard a shrieking noise accompanied by loud shouting so I rushed out to see what was happening. Beatrice had just bathed her husband with boiling water because she heard he was having an affair.

Anyway, we later discovered the lady dropped off by Mr. James was his colleague who was visiting her sister on the next street since she was just been delivered of a baby a few days ago. Mr. James had afterward driven to the petrol station to fuel his car for the next day and also fill up a gallop for their generator because his wife doesn’t like sleeping in darkness.

Mr. James is currently at the hospital suffering a third-degree burn from the water poured on him by his wife, thanks to me. His wife believed that being an influential person, my words were authentic enough for her to draw her conclusion.

This story is a typical example of what the media, comprising of journalists, bloggers, and all other content creators/producers can do with a report received and disseminated without proper investigation.

When we do not thoroughly verify any information before releasing, the havoc caused to the consumers of such information, that is the masses, is absolutely unquantifiable.

That is why the MAIN (Media Awareness Information for all Network), sponsored by UNESCO (United Nations Educational, Scientific and Cultural Organisation) held a workshop for Journalists, bloggers, and Social Media Content Producers from the 6th to 8th of October 2020 to properly address this issue.

During the program, we were admonished on the importance of verifying information before serving it to the public to cut down the amount of fake news that is publicized. Furthermore, we were reminded of how effective our influence is to the public, another reason why we should be mindful of what we feed them, especially as regards contents that can be derogatory, inciting, or hateful.

Truthfully, the power of words can not be overemphasized which is why public influencers have been advised to be cautious about what we do. It is expedient to be guided by not only the ethics of journalism but integrity, love, respect, and tolerance for others to promote National Development and foster National Security.

As a content creator or producer, we must ask ourselves what we aim to achieve before putting any information out for the masses and also what impact the reports would have on our readers/followers. The facilitators emphasized on the role of content creators/producers in aiding National Security through information dissemination.

As a participant, it was a very informative, insightful, and refreshing time as bloggers and journalists from various sectors of the industry had a great time to rub minds and connect.

In conclusion, my message as The Tory Teller is, thorough confirmation before reporting and ensure your words do not have a negative effect on people.