THE MARRIAGE BETWEEN THE COCK AND THE BULL.

Once upon a time there was a Bull who fell in love with a Cock. The feeling was mutual so the two animals got married and had a baby.

It was a remarkable and unusual occurrence as many came from far and wide for the naming ceremony of their baby.

Never in the history of animals had a Bull married a Cock so everyone was eager to know the name of their offspring.

To everyone's astonishment, they named their baby "Bullock".

Bullock grew into a very adorable creature and everyone loved it because it possessed features of its father, the Bull and mother, the Cock, as seen in the picture below. 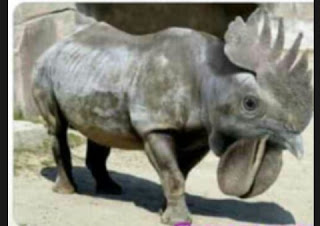 Hello, you're enjoying the story right? Does it make any sense that an animal as large as a Bull would have sexual intercourse a bird as little as a Cock?

Or have you forgotten you that they are both male animals? Oh! maybe the Bull and the Cock are gay! Lolz.

Do you see how unbelievably hilarious this story sounds? I just wanted you to have an in dept understanding of what a Cock and Bull story really is. It means a story that is a glaring lie, fallacy, fake, untrue.

Well, if your wondering why I am bringing this up, I would like you to first cast your minds to the events that took place on, before and after the 20th of October, 2020 during the peaceful #EndSARS protest. You can read more about #EndSARS protest. 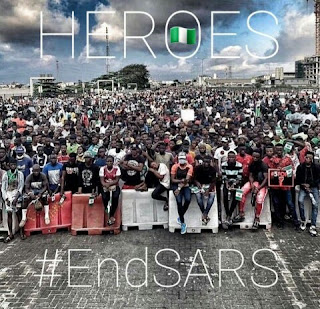 Today makes it one month since unarmed protesters were killed by the Nigerian soldiers at the Lekki toll gate in Lagos State, Nigeria. Their only crime was peacefully demanding their rights.

Till date, the Federal and State government is yet to acknowledge or take responsibility for what happened.

First, government claimed it was fake news, then they said the videos were Photoshopped. When the military was questioned, they pointed out that the state governor invited them.

The State Governor, Babajide Sanwo-Olu denied that such happened, he later claimed there was no loss of life. He further said he was not the one who gave the order.

What an interesting cock and bull story!

The government even went as far acting a Sherlock Holmes drama with Babatunde Fashola, the minister of power, as the actor who discovered an invisible camera!

Obviously, the government thinks little of us by constantly hanging noodles on our ears. And they have gone bunkers by wanting to sue CNN for a thorough, unbiased investigation of the events of that fateful night and exposing their cruelty in the gruesome murder of innocent citizens.

There are a million and one questions on the minds of Nigerians at the moment but topmost is this, "Who gave the order for peaceful protesters to be dispersed by the use of arms?"

Until this question is answered and the person responsible is dealt with according to the law, the Nigerian youths will never have closure neither will we rest, relent or keep quiet.

We will carry this in our hearts until justice is served and the reformed Nigeria we desire is birthed.

This post is to remind us not to loose hope or focus as we struggle for a new Nigeria.

Remember The Tory Teller love you and is rooting for you always.