Hey people! It's almost 2021! Ready or not here I come! That's what the new year will be whispering into your ears soon.

For those of you who thought I had finished my tour of Africa, hehehe, not at all. Today we take another trip to Zimbabwe. 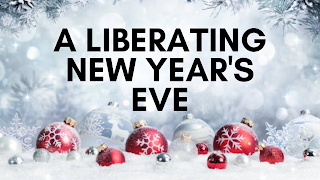 Spending Christmas alone was nothing new for me. After years of tears and Christmas afternoons turned Christmas night crying, I much preferred to be alone. Once Christmas passed then there was New Year. I can’t say I haven’t had great New Year memories but I’ve had a lot of alone New Year memories too but this was a whole new low or so I thought.

Although I talk about the outcome in my book, ‘At What Age Does My Body Belong To Me?’ coming January 26, 2021. What I didn’t mention was how I ended up in that situation.

It was New Year's Eve and as usual, the rest of the family went to the farm, Whilst, I opted to spend my time alone at home. Home was safe and a welcome reprieve.

I was talking to some friends over the app and they insisted that I shouldn’t have to spend the night alone. Let’s all go out and have fun they said.

The beginning of the night was great. They even came to pick me up as we all congregated for pre-drinks at my friend's house. There was loud music blaring and drinks being poured every other second and although I don’t quite know how the decision was made soon there were plans for hitting H2O.  Ps: If you’re young and my age. Remember H2O?

Finally! Finally, I get to party my way into the new year I kept jeering to myself

As we all piled into the taxi, he mentioned again that we all had to pay for the entrance and he would take care of the taxi and I checked my pockets for the money to make sure for the hundredth time that night that it was indeed there.

Once we arrived, it was the usual hustle and bustle from excited, drunk teens. Everyone was moving, dancing, screaming, and just making noise, and once again I was excited.

As we approached the doors everyone started to go in and then I noticed that the money was no longer in my pockets. I emptied my pockets and started frantically searching starting to panic.

I pulled my friend's hand before he could go in and tried to explain the situation to him.

“But I told you, you had to cover the entrance fee.” he was shouting over the blaring music.

“I know, I know, I think someone stole it. I swear it was just in my pocket just now.” I screamed, still frantically searching.

He paused for a second looking in my eye before saying, “alright wait here, I’ll get one of the organizers then come and get you.”

I nodded for okay and moved to the side to let the rest of the people in. I kept touching my pocket. Cursing myself out for not having put it in the safest pockets of all. My boobs.

I grabbed my phone and started texting other people who were here now embarrassed to just be standing idly by the door.

A lot of promises were made with other friends insisting they would come out to get me shortly and before I knew it an hour had passed and it was almost time for the count down.

Some people were starting to come outside from the bar and I was slowly watching my phone battery begin to drain with panic in my eyes.

I had no money and everyone seemed too occupied to answer the phone or help so I was stuck there watching the happy and excited faces of everyone else around me.

As my phone battery dwindled. I heard everyone around me begin the count down. 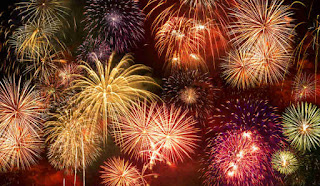 As fireworks erupted and everyone around me screamed I couldn’t help but feel a tear run down my cheek. Would this punctuate how the year would be for me?

Standing alone in a parking lot with no way to get home?

I started walking up and down the village walk. Stuck in between my need to break down and cry and my constant persistence of looking at the bright side.

After another hour had passed I found myself once again standing outside H20 when I heard a voice from behind me.

”Hey, I know you, you're friends with (insert friends name here) right?”

”Yeah,” I replied, relieved for a familiar face, ”You seen him or anyone else that we were with?”

”Yeah they left soon after the countdown. There's a festival thing happening. I can take you there if you want.”

”Yes, please.” I said excitedly for my first glimpse of good luck. ”Can I charge my phone in your car?”

After a few minutes, he was back with some very drunk friends. I told them all what had happened which gave them entertainment and they promised to take me home if we couldn't track down my friends.

I managed to get my phone on 1% to call them but their phones were now off and mine was refusing to charge so I was just relieved I had a ride home.

Once we reached the festival, I started to hear more changes in plans. There was another party and there were more people and suffice to say, no friends, no money and no phone and I found myself in a stranger's house.

And now for an excerpt borrowed directly from the book:

This guy seemed nice enough at first. Said I could sleepover until the morning when I could go home or my friends came back, even offered me the bed and said he would sleep in the lounge. After some time, everyone slowly passed out and I was alone in a bed. Now I can hear the haters saying what were you thinking?

It was either trying to find my way home in the dark with no money and a phone that had no battery or here.

After almost an hour, this guy was suddenly sneaking into the room.

I almost laughed at how ridiculous that sounded but whatever right, he could sleep and I could sleep.

After a while he started with the slide of his hand, treading a little too close to my body and I pushed it away. He pretended to shift like he was fast asleep and an all too familiar thought started to creep in.

“Do what?” he replied feigning ignorance.

“Don’t touch me, you touch me again and I’m going to hurt you.”

He chuckled and coughed a little, “I didn’t mean anything by it, it’s just a little fun, you know.”

“I’m serious,’ I answered in a stern voice.

“Okay, just wanted us to warm each other up,” he replied.

I shifted further away from him and went back to sleep. Another while passed by with no movement and I thought maybe just maybe he had gotten the message.

But of course, he tried again. Starting with the shifting, he stretched his arm out and I shouted out a loud, “No!” 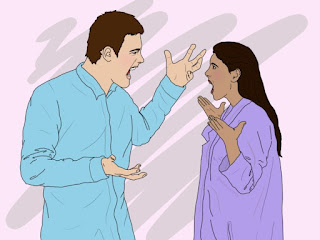 I was beyond pissed off now.

I knew he would try again and surprise, surprise he did.

I could feel him stretch his arm out and as soon as he did, I turned and I bit him right in the arm as hard as I could until I could taste blood and swung my leg at his balls.

“What the fuck, bitch!” He screamed as he jumped out of the bed.

“I told you not to fucking touch me!”

I stood on the bed ready to fight him, “I told you.”

I was really shouting now, ‘I fucking told you!’

“So that made you fucking bite me?” he answered walking back towards the door.

“You try to touch me and I will kill you, I dare you to try me.”

“You’re a fucking psycho he said,” as he banged the door and I could hear him swear under his breath.

I ran towards the door and locked it. Then started searching for something I could use to hit him with if he tried to come back.

I know it sounds crazy now but I was done. Done with being taken advantage of, done having men think they have a right to my body.

I was angry and I was done and for the first time in my life, I was ready to kill anyone who tried to touch me without my consent ever again.

He never came back and later my friend would tell me that now the guys were scared of me. Said I couldn’t handle a little fun.

I told them that they couldn’t handle a no and therefore didn’t deserve to have a little fun. I could no longer allow myself to be silenced.

I was still angry at the friends who never came and insisted, they had tried to find me but I had also learnt that asking for help wasn't a license to my body.

As I walked back home the next day, I still had no money. I felt a strange type of happiness in my chest. It was another new year's that I had spent alone but it was liberating to finally accept my right to say no and my willingness to fight if anyone ever challenged it.

I don't know what's coming for me this end of the year but I do know I'm grateful for everything 2020 has brought even the sad and hard moments had lessons so I would love to say to everyone. Merry Christmas and I hope your New Year's Eve isn't quite as eventful as mine. 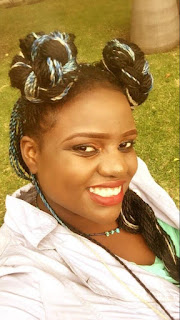 So who enjoyed this? Have you been in such an awkward situation? How did you find a way out? Please let's hear from you in the comment section.

May 2021 be all that you expect and more. Sending you love and light for the New Year!