How are y'all doing? I hope you're feeling as good as I am especially since it's just a week to Christmas. I really can't describe the excitement I feel at the thought of wrapping up 2020.

Okay, we will go into that later. Today's post is the first edition of the series I mentioned earlier in the month. Now this story was sent anonymously and I do hope you enjoy it. Hey, feel free to laugh, scream, jump, or even cry but don't hesitate to drop a word in the comment section.

THE LOVE STORY BETWEEN MISS ANONYMOUS AND MR. JIDE

Thinking about it now, was it a mistake, or was it intentional? 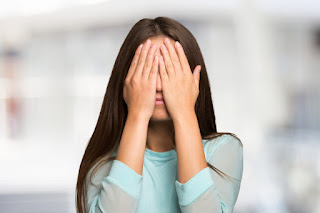 So I met Jide a few months after my NYSC while I was job hunting.
We liked each other very much but I will be wrong to say we were in love. Jide and I complimented each other in a lot of ways, he's quite funny, real, and down to earth.
Somehow we started dating though we both weren't working yet. Jide was a graduate too and I had thought he was done with service, I never asked though and he never told me either. I guess I just assumed based on observations.
On this special Christmas, he invited me to his family house. He told his parents he was coming back with his girlfriend, by the way, he is their eldest son and was well respected.
I confided in my aunty where I was going to, but I told my mum something else, though Jide's family house was in the same state as my family house but in different towns.
Getting to his village, it felt like home, his mum left her room for me, a gesture I still cherish so much, unlike most African mums!
The dad treated me so well, and his siblings bonded so well with me mainly because they possess similar character as Jide.
Few times, I followed the Dad to the farm, just by the corner of the house to harvest yams and make a meal out of it. All of these made me feel like a potential daughter-in-law, a sister, and a fiancee all the same. Lolz.
I know you are curious to know if we ate the forbidden fruit, you'll know as you read down.
Jide had his own room, so occasionally, we would steal some 'freaky' moments. I believe his siblings knew but will rather throw subtle and naughty shades at me saying... 'na ejima (twins) we want oo', we want fine girls like you', the baby should be tall like my brother ooo.
Jide has 5 brothers and 2 sisters, so it was a large family. But in all this, they are about the most lovely family I've known!
Just cause there's a beginning, it sadly ended unexpectedly!
In one of our 'freaky' moments while still in the village, we were just alone in the house and boom! He mistakenly put it in the wrong hole!
Ohhh!! That was when I understood the meaning of PAIN! I wriggled and groaned! Ahhh! I even wept! Nothing could console me, I was in excruciating pain.
We went back to base after 2days, my spirit, soul, and body left the relationship, he didn't know why but I suddenly disliked him. He couldn't make me happy anymore, I just couldn't tell him why. Then something else happened and I capitalized on it and ended it the relationship.
His Call-Up Letter for NYSC came out, he didn't tell me but rather, he just said he was traveling.
Honestly, I believed he was done with service.
I felt betrayed and lied to because we gisted about our service years, unknown to me, his stories were all lies.
I was a friend, I deserved to be told the truth, it wasn't an issue at all. Though I lost a 'boyfriend', our friendship remained solid! 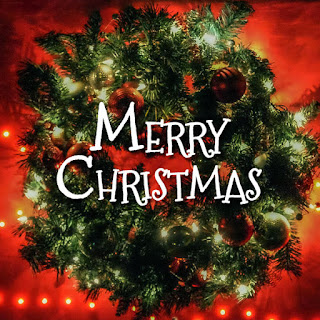 Over to you my Fabulous Tory Lovers, what do you think about this? Let's reason together.

Do you think she over reacted?

Dishonesty in a relationship, what's your take?

Please don't read this 'freaky' tale and keep quiet. Let's meet in the comment section. Unless you don't want to receive your own Christmas gift from Yours Truly.

BTW, if you haven't sent your 'Christmas Memories', what are you waiting for?

Don't forget to click the subscribe button at the top, let's have fun together this Christmas. You know I love you right?