Her breasts were quite large, bigger than mangoes but slightly smaller than watermelons.

It didn't taste like any other thing than salty flesh but I noticed that the more I sucked on them, the more she pulled my head in and made a funny sound while her hand rummaged every part of my body.

First my head, neck, and shoulders, then my chest which was about 0.001% of hers.

I felt funny but couldn't explain what butterflies were doing inside stomach until she took my right hand and used it to caress her body down to her lower abdomen even putting it into her pant.

I raised my head to look at her face, then she smiled and told me to relax that she would do something to make me happy. 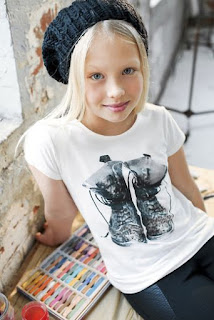 Before I could understand what she meant she placed her mouth on my peanut breast, sucked a little, and began kissing me all over my body even down there.

The butterflies increased in number as she took off my pants and spread my legs. I wanted to object but I liked how I was feeling. She kissed my navel then started caressing my vagina with her right hand.

"Aunty Joke," I said gently as I raised my head to look into her face again.

"Bella, you know you're my baby right?" she asked me with a twinkle in her eyes.

This is the same person who had bathed, fed, and taken care of me for the past 10 years, she possibly can't do me any harm.

I didn't need anyone to convince me that I was in safe hands so I rested my head on the pillow while my beloved Aunty Joke used her tongue on me till my body started jerking several times.

I was later made to understand that I had become a woman since I have experienced my first ejaculation.

After that night, Aunty Joke and I always made each other feel happy with our hands and tongue on every part of our body.

I began to look forward to spending the night in her bed. My parents didn't notice anything except that I no longer cared about their absence.

As a matter of fact, I preferred the spent more time away from home so that Aunty Joke and I could have fine to pleasure ourselves without interruption.

By the time I was to go to secondary school, I pleaded with my parents that I didn't want to go to the boarding house because I knew I would miss my beloved Aunty Joke.

We had never stayed without exploring our bodies for more than a week. I was now addicted to her. We only took a break when we had our individual periods.

I'm sure my mum doesn't even know when I started menstruating because it was my Aunty Joke that told me all about puberty. My parents insisted I lived in the hostel and life has not remained the same since then.

I can't find anyone to pleasure me like my Aunty Joke. My body always longs for her touch every time I am alone.

After the first term in school, I anticipated the holiday when I'll go back home to the only person in the world that truly loves me and makes me happy. 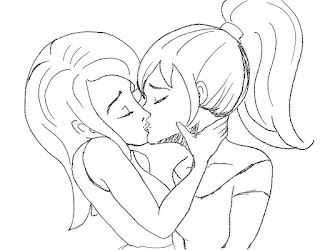 To my astonishment, Aunty Joke was gone! Mum said her people requested she returned home since her father was very sick to the point of death.

How could they do this to me? I couldn't sleep, eat, think, or be useful to myself or anyone.

Nobody could understand why I was almost losing my mind as I considered tracing Aunty Joke to her village. Night after night I longed for her until I began to touch myself the way she used to.

It was not the same but it calmed me to an extent. I have decided to get someone else among my close friends in school to share this pleasure with when I return next term.

I hope that Aunty Joke would come home to me once again, soon. I love Aunty Joke, she means the world to me.

I wish I could ask if you enjoyed the story but I can't. It's a very unfortunate, sad, and devastating tale of a teenage girl whose life has been disfigured by her parents' nonchalance. negligence and irresponsibility.

We can't deny the fact that this happens in our society even as we speak, I am still in talks with the girl in question. To say I am speechless is an understatement. I wish I could turn back the hands of time and help correct what has gone amiss in this little girl's life.

Dear all, Parenting is not an easy job so if you are not ready for it, please, I beg you in the name of everything that you hold dear, don't birth a child. Bringing a child to this world and leaving him/her at the mercy of others is not acceptable.

We must do right by accepting our responsibility and performing it to the fullest. Your child is solely your responsibility, if others try to help, that's okay but on no account should you be too busy to take proper care of that child.

See you in the comment section. Don't hesitate to share this story so that others can learn a lesson or two. The Tory Teller loves you, always!