It's another Wednesday. I hope your week has been as Awesome as y'all. The story from our guest writer continues here. If you are just joining us for the first time you can start the story from Part 1, Part 2, Part 3, Part 4

In the hostel, the girls were so excited to meet each other again. They’ve been in contact during the holidays via calls and social media but truly, nothing beats physical contact. They had a whole lot to talk about. Ranging from food, chores, outings, family times, visiting relatives and so much more.

They all added a little weight here and there cause they had to eat well prepared homemade meals from their family house.

Milan told them about her trip to “Ogwashi” in Delta state, where she went with her mum and her grandmother, to visit her great grandmother. She showed them the pictures they took on her phone. She was proud to tell them that she’s from a linage that gets really old before death comes knocking.

The picture that got them all screaming “Awwwwwwwww” is the picture they all wore well-tailored uniforms made with red “mgbolodi” Ankara print. They stood according to their age, with the great-grandma on the left, followed by the grandmother, followed by Milan’s mum, then Milan. They captioned it “FOUR STRONG GENERATIONS”

Milan told them her mum had already enlarged the picture into a ginormous Portrait. Said it’s sitting pretty in their sitting room.

The girls kept talking about their well spent holidays that they actually forgot to make dinner. It was already getting dark and hunger decided to hit them hard. 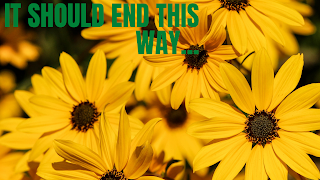 They started contemplating on what to eat and at some point, they decided to have fries since it’s the easiest thing to grab for the night. Gina teased Ama that they will most definitely bump into Denis. Milan jokingly asked if he has a tent in the “fries spot” and they all laughed about it.

On arriving at the spot, they met other students waiting for the same fries, they kept discussing as they wait for their turn. When it got to their turn, “Mama fries” as she was fondly called asked them what they wanted.

“My usual yam and potatoes, “ Gina said as she turned to Ama.

“Plantain and Akara for her, then a combination of everything for Milan, “ said a deep voice behind them. They all turned simultaneously and there he was, smiling at them with those beautiful set of white teeth.

“Hello Girls” he replied them extending his hand for a shake.

Milan shook hands with him while Gina went for a hug. She gave him a very warm and tight hug. He smiled and added a pat on the back to her hug.

When she finally let go of him, he walked two steps towards Ama, held her hand with his right hand, and used his left hand to lift her face, looking directly into her eyes and whispered,

“You look ravishing as always. Hello beautiful, I’ve missed seeing this face. How are you doing?” He smiled looking deep into her eyes.

As usual, she was speechless.  She wanted to run but remember the discussion with her mum and elder brother. She then decided to reply but can’t find words to say.

She was hoping a word will just fly out of her mouth to break this awkward silence when he said “even if you never talk to me, I, Dennis Ubawunwa Ezeh will never get tired of you.”

Immediately, her face lit up. “My elder brother is the only person I’ve heard bearing that name. Wow! So you’re my brother’s namesake?” Amara said with a very low tone of voice.

Dennis couldn’t believe his ears. She finally spoke to him. After a full semester, she finally decided to talk to him without tears in her eyes and shaky voice. He felt like grabbing her with his two hands and carrying her up for a good spin, But he had to act normal else, she might go into her normal freeze or run away mode.

“My name isn’t common. Your brother must be a unique being like myself. I hardly tell people that name. It’s easier for people to call me Denis than Ubawunwa. So I have to keep that name on the low, telling it to only special people like you”

“Then why didn’t you shorten it to Ubah? It’s easier to remember that way. That’s what my brother did.” Ama asked.

“I grew up being addressed as Ubah until my secondary school days when my dumb ass friends decided to tease me by calling me “ugba”. I decided to change it in Uni, and bear Dennis. Makes life easier for us all. No teasing, no mispronunciations. It’s a win-win thing for me”

“What if I choose to call you Ubah? That way, I’ll think of my brother whenever I see you.” Ama said puckering her lips and rolling her eyes in a mischievous manner.

This cracked Dennis up and he laughed out loud raising his face from her gaze only to notice that everyone was staring at them with a smile on their faces. Amidst laughter, he said to her “As your majesty pleases. Call me anything you want, It's okay with me.”

He dipped his hands into his pocket and paid for their fries. Apologized to Gina and Milan for keeping them waiting and asked them politely if he can walk them back to their hostel. They agreed but Ama wasn’t comfortable with the idea.

Gina held unto his left hand as they walked. She was doing everything possible to get his attention but he was just focusing more on Ama and Milan that walked before them.

When they got to the gate of the hostel, he asked Ama to please stand a little bit more with him there before she goes inside. She refused, saying she’s scared.

He then slowly asked her, “Will Ubah ever hurt you ?”

“My brother? Never! Not in this world. He loves me more than anything in the world.” She answered.

"Then trust me. I won’t hurt you. Trust this Ubah here, please. Just five more minutes of your time and I’ll bid you goodnight "

“Five minutes won’t hurt you babes. We’ll be inside waiting for you “ Milan said as she dragged Gina by the hands and they went into the hostel gate.

"Two minutes, please. I won’t spend more than that. Deal?"

“Deal!" he exclaimed raising his two hands in the air. He paused a bit, then brought his hands down.

He took a deep breath and said, “I don’t know how to express what I feel for you. I just can’t say it, but I know it’s deep. Very deep and I wish you could see it too.”

He looked around, he could see some people coming from a distance. It was already past 7.30pm. Everywhere was dark that you can barely see another’s face except you come very close. 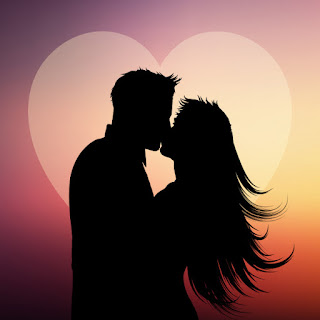 Within split seconds, he moved closer to her, pulled her closer to him with his right hand on her waist, used his left hand to lift her face then kissed her passionately.

Ama froze! A thousand and one questions popped in her head at the moment.

“What’s going on? What’s he doing? Why? What do I do? What happens after this? How am I supposed to react now and after this?...”

She got confused about what to do or even say after that. She felt like running once again because this was totally against her beliefs, but then, that kiss felt good too.

“I’m sorry, I got carried away by my emotions. Please forgive me...”

“Good night!” She cut in and walked into the hostel.

Expect the final part of the story by our guest writer, Munachi Kyrian