We're almost done with the month of February and I am so glad that you're still here with me. Before I proceed with today's post, I want to say a BIG THANK to everyone who reads the post. Whether a first-timer to my blog or an old subscriber, I appreciate you.

That being said, if you're a Nigerian, first let me say that you're made with special grace and if you're a Lagosian, 3 gbosa for you!!! You are one of the strongest persons in the world, don't let anyone tell you otherwise.

I was born in Lagos and have lived here for a greater part of my 15 years on planet earth. (Please don't look at me like that, just take any age I give you.)

You see this Lagos eh, there are a million and one amazing things about it. From the beautiful beaches, skyscrapers, entertainment options, lovely parks, landmarks, and job opportunities, what is there not to love about this our Lagos?
I am not here to giving you facts and history of our beloved Eko, I just want to share with y'all some of the crazy things we experience in Lagos.

So I boarded a tricycle (popularly called Keke) one morning and the man sitting next to me didn't have a face mask in this era of COVID-19, and to my greatest surprise, Baba used his thumb and index finger to hold his nostrils closed all through the 20 minutes ride. He was obviously breathing through his mouth. Abasi! So COVID-19 can't be transmitted through the mouth again? Wonders shall never cease!

Anyway, I have had very amazing experiences in Lagos so I decided to do a short post and share some of them with y'all. I promise you will be glad to read this particular post.

I was in a tricycle and we hadn't even gone half of our journey when the cyclist parked by the side of the road and disappeared without a word. Initially, I thought he had stopped to answer the call of nature. Oh! how wrong I was! After about 5 to 10 minutes I didn't see him so I started looking around to be sure he had not evaporated into thin air. 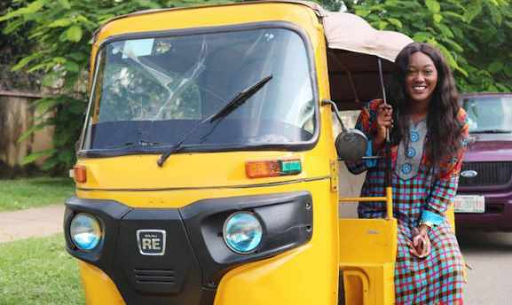 Since I was the only one in this tricycle I didn't just know what to do. Maybe if there were other passengers, we would have had a small deliberation or sent out a search party but then, here I was in the middle of nowhere and running late for an appointment. I didn't know what else to do but thankfully, I had not paid for the trip so I decided to find my square root. (excuse myself)

Just as I alighted I saw my tricycle rider across the road in a kiosk playing 'Baba Ijebu'! (daily lottery done mostly by the roadside) 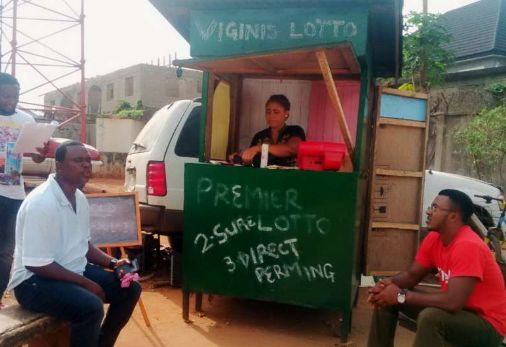 Hei, God! Who did I offend na? Can you imagine? I was both pissed and dazed, like who does that? I didn't waste time to hail another ride instantly. That was when he started calling out to me to come back that he was ready. Like seriously? Honestly, would you have gone back?

When he realized that I wasn't going to change my mind, he started raining curses on the cyclist whose tricycle I boarded. He threatened to beat him when he arrived at the park and went as far as cursing me. I clutched my ribs in laughter when he said that nobody will marry me. Should we tell me that I am not looking for a husband? 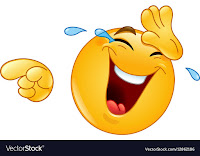 Have you ever boarded public transport with the intention of not paying? Well, I think you are too cultured to do that but then I can't vouch for other Lagosians. Just know that not everyone you see in Lagos is okay, periodt! I have been on a bus and a neatly dressed young man boarded and announced that he didn't have money to pay for the fare.

The driver and conductor immediately pleaded with him to alight because they were not ready for a charity ride but Uncle refused. Initially, we thought it was a joke when he just laughed and we commenced our journey only for the conductor to start collecting fare and Uncle refused to pay. He insisted that he had pre-informed them that he didn't have the money. 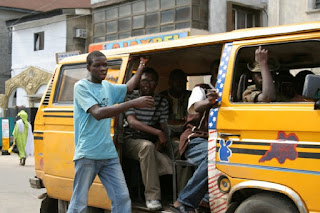 The conductor notified the driver and the driver stopped the bus demanding that Uncle should alight if he didn't have money. Little did we know that this particular Uncle is the President of COCONUT HEAD nation. He blatantly refused to pay and made up his mind not to alight.

Passengers in the bus had other important things to do with their lives so we divided ourselves into 2 sets. Half of us were begging the driver to continue the journey because we had already paid our fare and needed to get to our destination. Besides, we were on the highway and there was no way we could get another bus to carry all of us, refunding our fare was also taboo for the conductor.

The other half of the passengers were pleading with Uncle to pay or at least alight so that our journey could continue. My people, our pleas fell on deaf ears! I guess you're wondering how our journey ended, hmm, well, some of us contributed money and paid for our COCONUT HEAD President. And that was how the driver continued the journey after several minutes of delay.

Let me be honest with you, I cannot tell you enough of things I have seen in Lagos in this particular post. I need to use the restroom first before I continue but just know that the gist is enough for a series.

If you reside in Lagos and have interesting experiences like me, either from where you live, work, do business or while in transit, please feel free to share with us.

Don't forget to click the subscribe button at the top if you have not subscribed to this blog.

Enjoy the rest of your week.

The Tory Teller loves you and is rooting for you.