Happy New Month my Fabulous Tory Lovers!
It's February the month of Love. Who's ready for a lovey-dovey ride this month? Even if you refuse to admit it, I know you love love, come on, who doesn't?

Well, we're still on the story from our Guest writer. Apologies for letting the story linger this long please forgive me and our guest writer. Just be rest assured that the next episode will be posted sooner than you think. 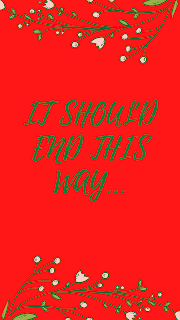 Dennis stood in front of the gate and watched as she disappeared into the night. He dipped his hands into his pockets. With his head facing up, he had an uneasy feeling going through him.

“I thought I had my emotions under control. I ruined it. For the first time in my life, I allowed my feelings to get the better part of me. I ruined it all. Gosh! Will she ever speak to me again? Ubaaaaaah! You messed up big time, " he mumbled to himself.

He stood for some time before breaking into a smile, that type of smile that has a mixture of pleasure and pain then muttered,

“Good night Ama, I had the best time.”

Then he slowly walked away.

Inside the room, both girls were busy eating their fries when Amara slowly walked in looking all gloomy. They both paused as they look at her in an inquisitive manner.

She shut the door behind her. Gently went to the bed and laid down slowly.

Milan and Gina looked at each other.

Gina broke the silence by asking, “Ama, what happened out there? You don’t look okay at all.”

She didn’t know what to say. Should she tell them or not? Was the question she asked herself.

“Whatever happened there, you can tell us as we eat. The food won’t eat itself remember?” Milan said as she stuffed more potatoes into her mouth.

Suddenly Amara burst out with laughter.

“Chidi afo nri, whenever you see food, you won’t even mind again if the world is coming to an end, food first! Chaiiii Gina, where did we even meet this our ‘FFO’ friend?” Amara said turning to Gina as she laughed really hard.

They all joined the laughed.

Ama felt better at that moment so she stood up, joined them as they ate.

Gina looked at her and said, “You’re always sleeping over. You’re practically part of this room now. Do you know almost everyone in this hostel thinks you’re our roommate? Nne biko relax. As far as your parents are aware that you’re here, you don’t have any problem.”

“My parents are always aware, besides, mumsy is even considering allowing me to stay permanently here. Daddy is just the one having issues with it. I’m his accountant so he doesn’t want me out of that house for now. Anyways, even if he refuses this semester, next session, I’ll emotionally blackmail him till he agrees.”

They all laughed as they eat their fries.

Amara woke up in a dark little room. It was dark and scary. As she tried standing up, she winced. Her head hurt badly but she still had to stand up anyway. She managed to find a door. Opened it quietly and walked out. She kept walking down a dark and lonely path. She couldn’t figure out where she was and how she got there. It was like she bumped her head somewhere because it hurt badly.

Oh yeah! she just remembered. She was running away from a group of boys that wanted to attack her when she slipped and fell, hitting her head hard on the floor.

Then the question arose within her, where exactly was she? Who brought her there and where was she headed? All these were ringing like a bell in her already throbbing head.

All of a sudden, she heard voices. Deep male voices.

She paused to figure out where the voices were coming from.

It sounded like they were coming from her front. She needed to hide first because she couldn’t figure out if the voices belonged to her attackers or rescuers. Trying to hide, she stepped on metal and there came a clanging sound. Immediately, flashlights pointed towards her direction.

She turned around and took to her heels in a split second. She ran as fast as her legs could carry her, heading to where she couldn’t figure out. Seeing a light down the street, Amara headed towards it.

“If this is going to be my end, then let me at least, see the faces of these people” she mumbled as she ran towards the lighted region.

She got to the street, everywhere was bright and lonely but at least she can see properly. The houses looked locked and abandoned. She saw one house with its staircase open, she ran inside climbing the stairs as fast as she could.

When she got to the third floor, she ran into the empty flat and swiftly locked the door.

Her heart was beating fast while her head still ached.  She scampered the empty flat to see if she could find anyone to help her or anything she could help herself with.

“Nothing!” she screamed, “Oh God, please help me!”

She heard a loud bang on the door. “They must be trying to break the door,” she thought to herself. She had nowhere to hide. They will find her. She ran out to the balcony. She couldn’t jump down from such height, it felt like a death sentence.

They kept hitting the door. She was already trembling.

“Is this my end? Send me help Lord pleeeeeeeeeeaaaaaaase!” She prayed with her two hands clenched.

She saw a figure at almost the end of the street, walking away from her direction.

She recognized the walking step, it was like Dennis'.

He stopped, looked back, and started coming towards her. He got quite close where she could see his face properly, then he stopped.

He shook his head and turned again trying to walk away.

“Ubah, please help me. They will rape me. They might as well kill me. Please I beg you, Help me,” she pleaded.

With another deafening bang, the door swung open. Four guys came inside the flat. She could see them from the windows.

“Ubah, please I beg you, help me escape! Save me!”

He turned back, came to the building, and stood in front of the house, facing her.

“ I don’t know," she answered in a very confused state.

“You have no other option. You need to either trust me now and jump or not trust me and face whatever they’ll do to you, Okay?”

“Then trust me when I say I’ll catch you. JUMP!”

She swiftly climbed the iron rail, looking back, one of those guys was just a few feet away from her. She let go and went flying off the rails.

As quick as that fall was, she had many thoughts run through her head.

The image of her mum, her brothers Ubah, and Cheta flashed through her head. Oh! her poor daddy? How will he cope with the news of her death?

Fear gripped her. Horrified, her eyes tightly shut. Her heart kept pumping one hundred beats per second as if it was going to explode from her chest.

“Save me, God!” She managed to utter and immediately she was about hitting the ground, a hand grabbed her through the waist.

“I got you baby!” Dennis’ voice echoed.