You recall I told you that the next episode of our love story will drop sooner than you expect right? Well, here it is. So you know I keep to my word.

Amara made it a point of duty to hide or change direction whenever she sights Dennis. She made a resolution to keep away from him even if it means she would have to hide from him till she graduates.

Dennis, on the other hand, was wondering why he never saw her again. He had bumped into her friends several times without seeing her. He hardly asked Amara about her again because Gina would always act uneasy whenever he did.

He would rather ask about her from only Milan. 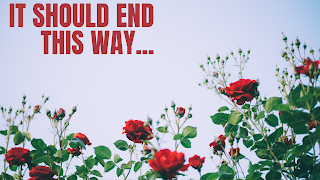 At some point, he figured she might be hiding from him so he decided to break that yoke and surprise her.

He met with Milan alone on one occasion and asked her about Ama, Milan replied with the usual, “she’s fine but not in school."

He asked Milan to please walk with him because he wanted to discuss something with her. Though she had one more lecture left for the day, she decided to walk with him anyway.

They got to a canteen, he bought her lunch and got a cold drink for himself. As they were busy with their food and drink, he started up a conversation.

“I really do like your friend but it seems she doesn’t feel the same way about me. I just don’t know what else to do or how else to express my feelings to her. And to crown it all, she seems to be avoiding me. I can’t even see her talk more of having a conversation with her. I’m kinda frustrated. What exactly did I do wrong to her? What’s my crime?”

“It’s nothing personal. The thing is, Ama doesn’t like guys. The only guys she relates with are her two elder brothers. Asides from them, she sees every other guy as a threat to her chastity. She wants to be a Reverend sister so she’s avoiding guys at all cost. But one thing I know is that she likes you a bit cause you’re the only guy that has gotten a taste of her lips.” Milan said wearing a smirk on her face.

“She told you about the kiss?” Dennis asked in surprise.

“Yes, she did. It’s still like a partial secret between myself and her because Gina is not yet aware of it. I’d say we leave Gina out of this whole thing for now.”

Milan looked at him in an inquisitive manner.

“Are you the only one who is not aware of how Gina lights up whenever she’s around you? She’s practically tripping.”

“I know. I just wanted to be sure. Anyway, Gina isn’t my problem. She has every right to feel however she wants to feel. I just want Amara, that's all."

"Can you help me Milan? Please.”

Milan looked at him and his pitiful state then she smiled and agreed to help him. Now she knew how he sees both girls and to her, there’s a better future between him and Amara than Gina. She had always had this belief that a guy should love one girl at a time.

“Amara has been hiding from you all these while you normally see us without her. She’ll see you first and either change direction or hide but today, she’s actually not feeling too well so she didn’t come to school. She’s home alone. Gina will be through with her lectures in about an hour but if you go over to the hostel now, I can do you the favor of going out with Gina so I can buy you some more time. Deal?”

Dennis was over the moon to hear that. He hugged Milan and screamed, “THANK YOU!”

He took Milan and Amara’s phone numbers before taking off to their hostel.

There was a knock on the door, Amara managed to stand from the bed to open the door thinking it would be any of her friends who promised to get home early to check up on her. As soon as she opened the door, lo and behold, there stood Dennis staring directly at her.

Her heart picked up an unrhythmic race. She was staring at the same person she had vowed to avoid. She stood there looking at him without uttering a word. She had not set eyes on him since the kiss.

“Hello, Amara. May I come in?” Dennis asked

“I don’t remember inviting you. My friends ain’t around either so why are you here?”

Amara’s voice was so low that one could barely hear her.

“You don’t look too good standing here. Please let’s go in so you can at least lie down,” Dennis said as he touched her. She was running temperature.

“You’re burning up. Please you need to rest.”

They both went inside the room and Amara laid down on the bed. 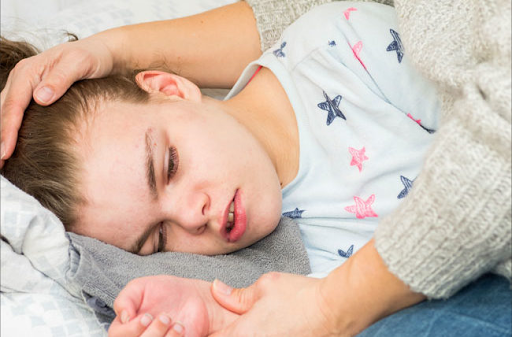 Dennis stared at her as they both sat in silence for more than 5 minutes then Amara broke the awkward silence.

“Are you just here to stare at me or what?"

Dennis was hurt seeing her like that. She was burning up badly and he just wanted to help her by any means possible.

"Have you taken any medication?" He inquired.

She nodded but he wasn't satisfied with that answer.

"Can I see the medicine you're taking?" he queried.

Amara pointed to the shelf above her and Dennis took the medicine, examined them, and asked, "where did you get them from?"

"Went for a lab test and when the results came out, the doctor prescribed them for me," she slowly replied like she was counting her words.

Dennis didn't like the fact that she was burning up even after taking paracetamol, so he suggested to tepid sponge her. She looked at him bewildered.

"I'm sorry, I didn't mean to offend you. I know you must be thinking I want to use this opportunity to see your body. I'm sorry I was too forward. Okay, a warm bath will help too, at least I won't be with you in the bathroom, you'll do that yourself. Hope that will be okay by you?"

She nodded but said she was too weak to light the gas and boil water. Dennis offered to do that with all pleasure.

He just smiled and said, "I saw the day you ran in there remember? So I knew that should be the bathroom since this other one is the kitchen."

Amara smiled as he strolled toward the kitchen. Within a little while, he came out with a bucket of warm water. He took it into the bathroom, then took the plastic chair he was sitting on, into the bathroom for Amara to sit on.

When he came out, he helped her up and led her towards the bathroom, then stopped at the door, with this very cute smile on his face he said, "I don't need to cross now."

Amara smiled and whispered a soft, "thank you" just before she closed the door behind her.

When Amara was in the bathroom, Dennis asked her if she would love to eat something. Though she didn't have much of an appetite she said she would love to have fried egg and bread. Denis wanted to go get her some from a nearby fast food but she declined saying she wanted homemade scrambled eggs.

She asked him if he could make one for her since that she had some fresh raw eggs in her cupboard. Amara was surprised when she came out of the bathroom only to perceived a lovely aroma of scrambled eggs coming out of the kitchen. She couldn't believe it when he presented a plate of well-prepared scrambled eggs with few slices of bread. He had actually made a cup of tea to go with it. 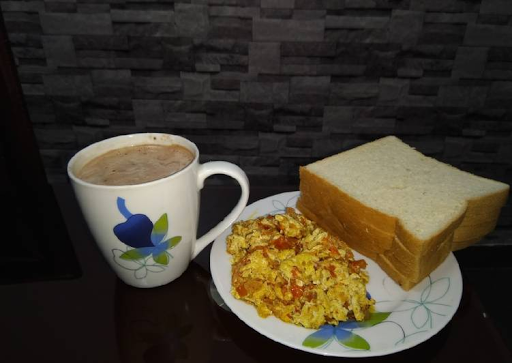 Amara ate quietly, she enjoyed every bit of the food. After eating, she thanked him and made her way to the kitchen to drop the plate and Dennis followed suit. She asked if he needed anything but he just smiled, took the Sponge and soap and washed the dishes. She stood there and watched as he did the dishes effortlessly. She used that moment to take a good look at his well-built body. She had to admit that the guy was quite handsome and from what she had seen that day, a good cook and well domesticated too. That was a plus too. She was so lost in her thoughts that she didn't notice she was smiling sheepishly.

When he turned and their eyes locked, he said "A penny for your thoughts".

She shook her head and lied that she wasn't thinking about anything.

Dennis told her to go sit and rest while he tidies up the kitchen, she accepted and left for the room.

When he was done, he joined her in the room and sat down quietly. There was a little awkward silence again but Ama decided to break the ice.

"Thank you for all your help today. I'm truly grateful. But I would like to know, are you normally this 'nice' or are you doing this cause you want something from me?"

Dennis smiled and made a face like someone lost in thoughts. Then he answered, "Sincerely, I'm a nice guy but I don't often show it. People have taken advantage of my kindness so much that I decided to be more reserved and prefer when people think of me as a snob. That way, I don't get tangled in certain things. But one thing is for sure, I still go all out for someone I love. But today, I'm not here to talk about my love for you..."

He pulled his chair closer to her, "...I'm here to know why you've been avoiding me. I know I did something, but is that 'something' the reason you now resent me so much that you don't even want to see my face again?"

He paused and waited for her reply.

"I don't resent you. I honestly don't. I was just angry at myself for giving room for the, you know, 'thing' that happened the last time. I'm just being careful so it wouldn't happen again. That's why I've been avoiding you."

"I'm sorry it happened. It was all my fault and I take full responsibility for my actions. But please, stop avoiding me this way. It's not okay for my mental health. Please."

Amara looked at his pitiful face then nodded and Dennis heaved a sigh of relief and continued "That settled, now to my second question, can you please tell me why you're so scared to talk to the male folk. What's really the problem? I would love to know."

Amara's face changed slightly. She was quite uncomfortable with that question. Dennis gently held her hand and reassured her he wouldn't hurt her. She nodded then softly spoke almost inaudibly...

I see someone is already getting entangled in this love story. Hold your horse, before you start feeling all mushy and srwthdglkjy, what do you think would happen next? Please share your thought in the comment section.

Sending you truckloads of love and kisses.