It's your one and only Tory Teller again!!!

Okay, I know you've missed me like crazy but you don't know I've missed you more and that's the truth.

So here's the continuation of our guest writer's story, my sincere apologies for the delay, please. Let me refresh your memory with the previous episode Part 9. 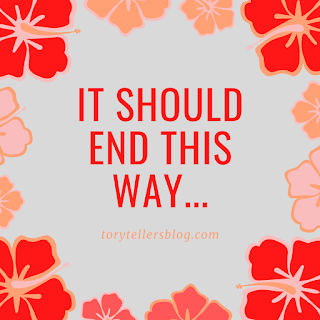 Dennis kept dropping by every day to check on Amara until she got strong enough to fully resume school. He was excited to see her back on her feet and was happier that they shared a certain level of friendship. They could now sit together comfortably to talk about different things in life. Though their friendship had its limits, Dennis decided to make do with just the true friendship they share than ruining it with love talks. After all, 'half bread', they say, 'is better than none'.

Dennis graduated from school but stayed in touch with Amara via phone for years.

After Amara's graduation, she went into the convent but couldn't cope. Due to the continuous approach of different men including several priests in her convent, she lost interest in being a Reverend Sister. Although she was aware that there are still good and dedicated Reverend priests in their midst, the continuous disturbance from the bad eggs made her lose interest.

She left the convent and decided to travel abroad to further her education. Her parents and siblings supported her decision and shortly after leaving the convent, she travelled to the United Kingdom.

While in the United Kingdom, she met various people from different races. Because of her love and passion for human anatomy, she secured admission to study Medicine and Surgery and majored in urology. She really wanted to decipher what goes on in the genitals of men and why they are often moved by a mere sight of the vagina.

She practiced over there and barely visited Nigeria. After a couple of years, she lost contact with Dennis though she still spoke with Gina who was married to a wealthy Arabian man. Gina hadn't been to the country for some time too but was planning to visit home soon.

Milan on the other hand had a lot going on in her life. She had earlier lost her parents in a ghastly car accident that left her heartbroken 5 years after their graduation from the University. The death of her parents sank Milan into depression which almost led to suicide but her friends and family stood by her and helped her heal.

During this period, Amara sent her an invitation to the UK and her family encouraged her to go to help hasten her healing process. On arrival, Milan met and fell in love with Alonzo McDonald, a Spanish American doctor, who was a friend and colleague of Amara. Alonzo took Milan back to America where they both got married and she nationalized there.

After 10 years of leaving the country, Amara decided to visit Nigeria to spend her one-month annual leave there. She made plans to meet up and spend time with family and old friends.

After she told Milan about her plans, they started planning a reunion. They got Gina involved and she was elated at the opportunity to see her girls again. During a conference video call, Gina and Milan both teased Amara that she might finally meet a prince charming in Nigeria who will make her have a rethink about marriage. She laughed really hard and told them that marriage was the least of her problem at the moment.

In Amara's words, "I'm not sure I want to get married because men like my brothers are rare to find. And I don't think I want to settle for less."

Gina and Milan both chorused "then marry your brothers nah" and they all laughed about it.

Ubah and Cheta, Amara's brothers, had been in America for long, working and studying. Ubah got married to his Nigerian high school sweetheart while Cheta married a Latino. Their parents had also relocated to America permanently.

Amara was having a hard time choosing where to stay when she finally arrived in Nigeria. She wasn't very comfortable with being around too many people therefore going to her relatives' was not an option.

Milan, on the other hand, refused to go close to her family house since it reminded her of her parents' sudden demise. Seeing their graves might traumatize her so she said she was going to lodge in a hotel while in Nigeria. Amara bought the idea of lodging in a quiet hotel where she can lie low and not bump into so many people that she knows. Gina had a place she could have stayed but she decided to join her friends with the lodging arrangement so they could catch up on so many things.

They found a classy hotel in Abuja that was a bit expensive but quiet and agreed to lodge there since it was convenient for "madam Amara." 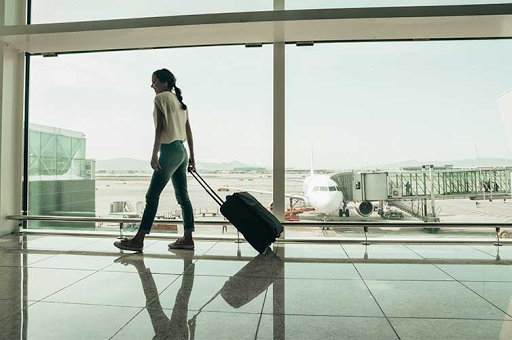 Amara came into town by 6 in the morning of the 12th of December since her flight was early but left the airport around 11am. When she got her bags all cleared in, she booked an Uber to the hotel where she had already made reservations. After settling in, she ordered a hot bowl of goat meat pepper soup because she had craved Nigerian foods for some time and since she was on diet, she ate only the pepper soup. After which took a nap.

She woke up around 7pm and was really bored then decided to move around town for a while, to look around and have a drink so she booked an Uber ride for the entire evening.

Fortunately, the Uber driver knew the town and all the cool places to hang out. They moved around town till 9pm when she decided to go back to the hotel. She paid the guy then took his contact details since she would require his services subsequently. He was such a coordinated guy after all.

When she got back to her hotel room, she remembered that she hadn't eaten dinner and she wasn't one who goes to bed completely hungry but couldn't get any light food of her choice from the hotel menu. She immediately called the Uber driver, Lawrence, hoping he was still around to take her to get some fruits. Thankfully, Lawrence hadn't driven far when she called so he quickly made a turn and went back to the hotel.

Lawrence got to the hotel and called Amara who was already waiting for him in the reception area. They drove out almost immediately.

Lawrence took her to a place where some Hausa men usually sell fruits at night and she bought a few grapes, bananas, and apples. She told Lawrence to take as many fruits as he wanted and he helped himself to a bunch of bananas but Amara encouraged him to take more. Lawrence was surprised because in all his years as an Uber driver, no one had shown him such kindness. He took some apples, grapes, and mangoes, Amara paid and they drove back to the hotel.

When Lawrence dropped her inside the hotel, he thanked her again for her kind gesture. Amara waved it off saying, "It was nothing. Please remember not to go online tomorrow cause I'll be needing your services from 8am till I wouldn't know when."

Lawrence wore his most beautiful smile and said "as you wish ma'am."

They both said their goodbyes and Amara vanished into her hotel room.

Lawrence drove off happy because, within him, he knew he had hit jackpot. Steady pay. That seemed like a prayer answered. He couldn't wait for tomorrow to come.

At exactly 8am on the following day, Amara's phone rang and it was Lawrence. "What a gentleman!" she thought.

She answered and told him to give her a minute to join him.

"Good morning, Lawrence. You're quite on time" Amara greeted.

Lawrence smiled and replied her "Good morning ma'am" as he opened the door of the car for her to board.

He closed the door, turned around, and sank comfortably into the driver's seat then asked, "Where to, ma'am?"

Amara told him to take her anywhere she could have a good Nigerian Breakfast. He giggled a little and told her to sit back, relax and enjoy the ride. He drove her to a decent food vendor where she had jollof rice, vegetables, and dried fish. Amara also asked Lawrence to order his own food and he requested a plate of rice and beans, fried plantain, and beef.

They both talked as they ate and from their discussion, she figured out that Lawrence was a graduate of banking and finance. He was working in a bank there in Abuja only to be laid off due to the economy of the country. Instead of staying at home, he used his car for ride-hailing pending when he would get another job. Amara was impressed with the perfect gentleman staring at her but she refused to reveal her identity to him. She only told Lawrence that she was a doctor that came to Abuja from the Eastern part of the country to spend her leave.

After their breakfast, they relaxed a while before Amara suggested they drive around town, see a movie, have lunch and then know what next to do. Their day went as planned. Lawrence had a greater part of the fun because he even forgot he was working. Amara had such good vibes and was fun to be around. 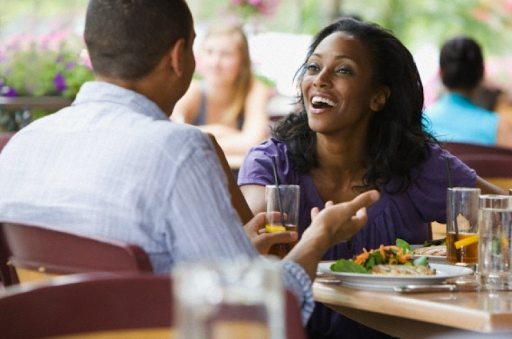 Towards evening, Amara asked if there was any lounge where they could hang out and while away time before dinner. Lawrence told her of a cool place called 'Udy's Lounge'. He also informed her that the place belonged to his good friend so he could attest to the quality services they render there. Amara was pleased and told him to drive there so she can see for herself.

When they got there, she fell in love with the serenity. The decor was lit and top-notch. She was ushered in by Lawrence who had been exceptionally warm to her. While they made themselves comfortable, a beautiful decently dressed waitress approached their table.

"Hi Oge, how are you doing?" Lawrence asked.

Turning to Amara she asked with a smile, "what do I get for you, ma'am"

Amara smiled back at her and said "Good evening beautiful Oge, I'd love to have a glass of white wine please."

Oge turned to Lawrence and before she could say a thing Lawrence said, "My usual. And tell your boss that I am around."

Oge went to pass the information to her boss before going to get their order.

Okay, the story is getting juicer! Can you guess who Oge's boss is? What do you think would happen that night? Do well to share your thoughts in the comment section.

Well, let's keep our fingers crossed as we await the next episode.