I hope you have had an awesome week and my special month has been kind to you. The month of May did come with a lot of excitement and positive vibe for me even if I may not be able to explain the entire feeling but I am guessing that you felt it in every of my post.

Another special thing about this month is that it is Mental Health Awareness month. Most of us did not previously have an idea what Mental health was all about. A lot of us used to cringe when we hear the word Mental because we just assumed that the person in question was Mad! QED!

Well, Mental Health is a state of well-being. One can be said to be mentally stable if you are able to manage the daily stress of life and remain as productive as possible while contributing as a member of the society.

And it is a very vital part of your existence and sanity. If a person is mentally unstable, they most likely will be unable to function completely in every other aspect of life. It is expedient that you take your mental health seriously and stay away from anything that threatens your sanity.

Having said that, I’ll just dive into today’s blog post without much ado.

So I promised y’all that I would share my story about the birth of my children and well, here we go.

A few months ago I had a conversation with Bolaji Gelax, the Queen of Gelax Chatroom and she asked me what my labour room experience was. According to her, which is not far from the truth, African women always find it difficult to share that part of them.

I grew up in the generation where there were a whole lot of things swept under the carpet. Maybe our parents were too shy to talk about them or they just deliberately choose to ignore such topics.

How dare you talk about sex? Or genitals or even reproduction. You must be a bad, untrained child to even nurse such thoughts not to talk of mentioning it or discussing it with someone. Hmm. How many mothers even had the effrontery to teach their daughters what would occur in za oza room and prepare them for it?

Ignorance has almost ruined many people, unfortunately. I know a couple who were trying to conceive for years but didn’t know that it was the ovulation period they were supposed to shoot their shot. The woman used to have cramps during ovulation so they never had sex then, in fact, it was an abstinence period for them. So they were just wasting their time for nothing.

Ah! My Chest! May ignorance not cause a problem for us.

Well, I’m glad those days of silence and hushed conversations are behind us.

Pardon my digression. Okay, let me start from being pregnant.

First confession, I got pregnant when I wasn’t expecting but that’s not an excuse anyway. Let me tell you this for free, as long as you are sexually active, anything can happen, period!

I have always wanted to settle down and have a career before having kids because from the little I knew back then, the moment you start having kids, your life will never remain the same, whether you like it or not. Go and ask your mother if I am lying.

So I was still very young then, (precisely 23 years old) a newly married fresh graduate from the University at that time. I was even supposed to be going for the compulsory 1 year National Youth Service (NYSC) so I deferred while my hubby went ahead. Shortly after my hubby traveled to the North for his youth service, I relocated to my Uncle’s house where I stayed with my Uncle, his wife, and my cousins.

In all sincerity, I had a stress-free gestation period, except for the fact that I wasn’t getting enough copulation, as in communion as in, as in intercourse, as in conjugal conference or should I say matrimonial jangolova. You know what I mean na. Since my Oga was away. That one pain me sha because I was supposed to be exercising the exit canal for my baby.

I lived a healthy pregnant life though and my baby was growing bigger and bigger that I could be standing in Nigeria and my belly would be visible in Japan. That’s the kind of big I mean. It was a very ridiculous sight because I was smallish with a stomach that was almost larger than me. The only thing I experienced was the absence of my menstrual flow but every other thing was normal except for my increased appetite for food and elongated belly. I didn’t throw up or experience any morning sickness or unexplainable craving.

Now let me state clearly that I am not in any way playing down the experience of other mothers who had a very uncomfortable and distressful time during their gestation period. We cannot deny the fact that everyone is unique and the threshold for pain varies from person to person. I have seen very strong women break down during pregnancy and the not-so-strong women (like me) stay firm and able to carry theirs with ease. Any woman who has birthed a child is the strongest woman I know.

I cannot claim to be strong, nope, far from it. I will have you know that while growing up I used to be a cry baby. My nickname then was Akwaeke or Crying Kiwi! This was because I could not bear one single atom of pain without making sure that all those around me felt the discomfort I was going through one way or the other. These precedents of mine were one of the things that scared me about my pregnancy and delivery. Somewhere in the corner of my mind, I had this feeling that I would not be able to carry my pregnancy to full term and even if I did, I may not be able to push the baby out because, in my mind, I was a weakling. 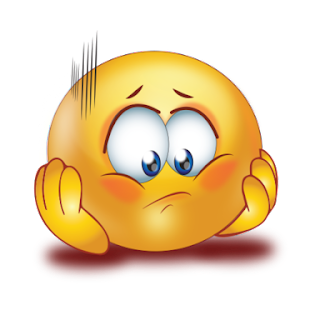 On several occasions, I wished I could transfer the pregnancy to my mum so she could help me push out the baby because I have always known my mum to be a strong woman who was capable of doing anything and I know that she cares so much about me that she could do anything for me. How silly I was!

God in his infinite mercies surrounded me with people who were supportive, loving, caring, and constantly encouraging me every step along the way. Truthfully, I can never repay my family members for all their love and support even to date.

I was always filling my thoughts with God’s word and with time my orientation and mindset began to change. I became very optimistic about the delivery of my baby and although once in a while fear crept into my heart, I rebuked it with the confidence that God was able to see me through even if I didn’t know how.

By the time my pregnancy was about 9 months, I already had 2 of my EDDs (Expected Date of Delivery) gone. The dates were 14th, 21st, and 24th April 2009 and by the Doctor’s calculation with the aid of the scan result, it was supposed to be an April baby since the last week of April was my 40th week.

Guess what? Well, April came and went and my baby wasn’t coming forth.

I think at this point I would like to use the restroom before we continue this story. Stay tuned for the continuation where I would give you the entire detail of the delivery process. If you have not subscribed to my blog, what are you waiting for?

Click the subscribe button at the top to be a part of this amazing Tribe so you don’t miss out on new posts on the blog.

Remember, The Tory Teller loves you and is rooting for you!

P.S Akwaeke means the egg of a snake which is very delicate and constantly protected by its mother.