Apart from eating, sleeping, riding jangolover another thing I enjoy doing is blogging. It gives me so much joy and satisfaction to put out content on my blog knowing that it is my own space in the universe where I have unlimited liberty.

So today, I'll be calling out some people who hurt me this year and I'd want you to objectively consider these cases and share your thoughts. 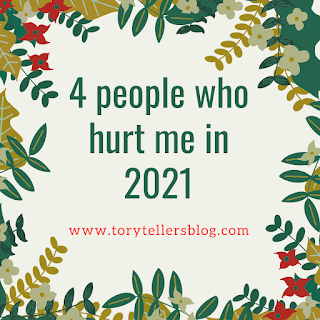 1. Mr I: (pardon me for not using their names in full)

He was a family friend and a father figure. Someone I respected greatly and usually sought counsel from. Then one day he called me after a long while and complained that I had abandoned him. I apologized and told him I'd visit soon with my Anambra man but he insisted that I visit that weekend alone.

It was a strange request especially since he mentioned earlier that his wife was out of town. I told him I wasn't sure I could make it that weekend but he insisted that he wanted me to come and cook for him and keep him company. Honestly, the request sounded strange and I was still pondering over it when he stated that he wanted to see what my hubby was enjoying and if my Anambra man liked it clean or bushy!

That was it. I told him I was no longer interested in the conversation and ended the call.

Well, he later called to apologize but I haven't spoken to him since then and I have even blocked his number.

Well, he may be reading this but I don't care. I wrote an advert script for him based on trust and it's been over 11 months yet he hasn't paid me my 50k as agreed. That's why some people prefer to do business with strangers.

You know yourself, pay me my money!

A close friend of mine. I asked her several times if she was dating someone and she kept lying about it not knowing the guy was hitting on someone I know. Anyway, she secretly got married to him and they're expecting a baby. Well, I wish them all the best.

This one I am angry on behalf of my friend. Remember how I shared about working with a toxic boss? This was something similar. An employer that won't let my dear friend have peace in the workplace, just because she wasn't conforming to his ways and she always objected whenever he tried to suppress his staff.

Anyway, she resigned before he could sack her. Do you think an employee can win a fight against the management? Please share your thoughts in the comment section.

So here ends today's rant. Do you think I am right for being offended? Which of them deserves immediate forgiveness and how do you think I should have handled these cases differently?

I'd love to read from you, do well to let me know if anyone offended you this year and how you handled it.

Tory Teller loves you and is rooting for you!