How can Africa and Europe work together to tackle disinformation and protect human rights in the digital age?

Africa experienced a history-making event that affected the perception of citizens as regards health and the general dissemination of information. The first outbreak of Ebola Virus Disease (EVD) recorded in Nigeria made its way into the country with the arrival of a man diagnosed with the disease from Liberia.

At the time the news of the virus spread all through the country, citizens panicked and desperation for a remedy to the life-threatening illness skyrocketed. As always they turned to social media, which has become one of the fastest ways to disseminate information, for a solution. A message from an undisclosed source made the rounds about the preventive measures for the Ebola virus. It encouraged readers to bathe with hot water and salt to prevent them from contracting the deadly disease. 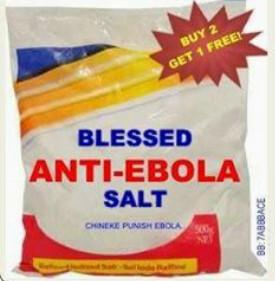 The case of two residents of Abuja, the country’s capital city, who heeded this instruction, was reported subsequently and investigations revealed that they didn’t only bathe with hot water and salt but consumed a large quantity of salt orally. They eventually lost their lives in the process since they were hypertension patients. It is clear that these lives lost were a result of disinformation. Unfortunately, Nigeria is not the only victim of such loss as a result of misinformation, Congo; another African country also experienced the same. We can agree that the root cause of the Rwanda genocide of 1994 was as a result of disinformation.

Africa is not the only continent where disinformation poses a major challenge; Europe has had its own fair share of it despite the European Union has set measures to tackle disinformation. During the COVID-19 pandemic in 2020, there were 2 conspiracy theories from an unconfirmed source that made rounds about the virus. It postulated that drinking bleach could protect one from contracting the virus and that 5G mobile network fastened the spread of the virus. This instigated some individuals to burn down several 5G towers across UK, Netherlands, France, Cyprus, Belgium, Ireland, Sweden and Italy.

The role that the media plays in bringing about change, dissemination of informed decisions and spurring both the government and citizens to action is unarguable. With the advancement of technology, the digital space has also been flooded with content from social media content creators whom many now rely on for information.

Several discussions have been held in recent times as to how the media can be kept in check without hindering the constitutional freedom of the press and although the conversations have proposed measures we are yet to experience a thorough overhauling of the media whereby we can wholly rely on every piece of information on the media.

I had the opportunity of participating in a workshop organized by UNESCO (United Nations Educational Scientific and Cultural Organization) for journalists, social media content producers and bloggers tagged ‘Building capacity on Nigeria social media/producers bloggers in countering hate speech and fake news’. It was indeed an open eyeing and intense sensitization event which gave us profound insight into the level of influence that the media has on the masses. This is one of many sensitization exercises carried out by both private and public individuals to tackle disinformation.

Despite these efforts, it has been discovered that many media organisations as well as social media content creators are reluctant to go the extra mile required for the thorough verification of the information they put out for the public to consume. This is one of the challenges that hamper the measures put in place to tackle disinformation.

With the outbreak of the COVID-19 and its spread almost matching the spread of wrong information, the need for combative measures against disinformation has become evident. Thankfully, several EU nations have enacted policies and adopted stratagems that, according to reports, are yielding results.

Based on his survey of the limitations of the EU’s policy, James Pamment on Carnegie Endowment for International Peace proposed these:

His proposition is echoed amongst other concerned stakeholder, private and public.

In light of this, I therefore propose an eclectic approach, which projects a fusion of expert opinions and existing frameworks. The idea is to observe existing frameworks and extract what measures have proven helpful based on reliable data and combine these measures. In the examination process, the limitations of these frameworks should be key pointers on what needs to be improved.

Public and private officials and societies, academia, and even the citizens comprise the key stakeholders. In ensuring freedom of opinion and expression, the government should consult key human right societies in creating and implementing polices to safeguard the society. Whether or not and how peddlers of disinformation should be penalised will be within their jurisdiction.

Sensitisation of the public from global scale to grass root will be a welcome move and because of digitalisation, it is achievable. At all national levels, there should be crisis management bodies recognised and popular responsible for managing disinformation crisis. Such bodies will execute proper investigation of the source of disinformation.

The government must ensure certain qualities among the members of the media such as competence, honesty, accountability, dedication to service and attention to detail. These qualities will serve as a confirmation of their title being the fourth estate of the realm.

On the other hand, educational institutions must promote media literacy and make it a high priority. The standards set for the media are non-negotiable when it comes to accountability and professional responsibility. During the education of media personnel, they must be made to understand how important it is to fact-check and verify information before disseminating. They should be thoroughly trained about the rules guiding the profession and made to understand that there are consequences for flouting such rules.

A handbook should be provided to serve as a guide for every trained and practising media personality sensitise them on the dos and don’ts of the profession including the penalty for breaking any of these rules.

Private companies can also help create awareness by empowering the masses on the importance of receiving and spreading only verified information. The public can also be equipped with the right tools that can aid in cutting down fake news by fact-checking every piece of information they receive.

Collaboration between the European Union and African Union as regards tackling disinformation would go a long way to ensure the execution of these measures. The future of disinformation lies in the steps that are taken from henceforth.

In the words of Malcolm X, The media is the most powerful entity on earth. They have the power to make the innocent guilty and to make the guilty, and that’s power. Because they control the minds of the masses. Let me add also the popular saying ‘with great power comes great responsibility.’ (As said by Peter Parker in Spiderman). The media has power but they must be responsible for using their power right.